This political cartoon depicts the United States, represented by Uncle Sam, glorifying genocide while depicting Emilio Aguinaldo’s resistance to American occupation. Emilio Aguinaldo was a revolutionary leader who was elected to be the first president of the Philippines after fighting America and Spain to gain independence. Despite the fact that he was an intelligent politician, this image portrays him as inferior, barbaric, and futile. 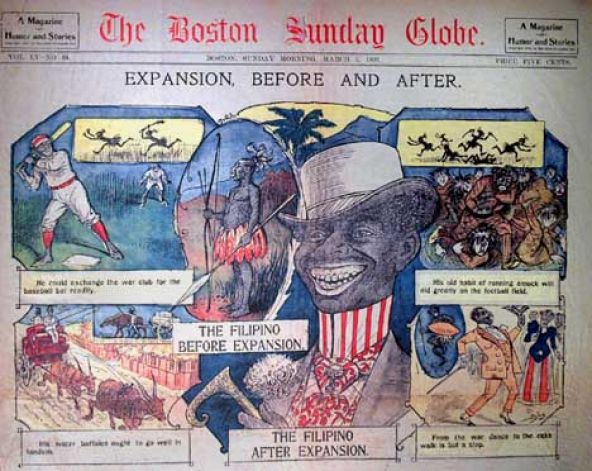 “Expansion, Before and After”

This particular illustration, published by The Boston Sunday Globe, was utilized to defend the United States’ involvement in the Philippines. It aimed to propel the white supremacist ideology that the native Filipinos stood to benefit from the European dominance of the islands.

Entitled White Woman Loses Her Entire Mind on Lyft Driver Who Refused To Wait Additional 15 Minutes for Her — Then Refused to Exit...