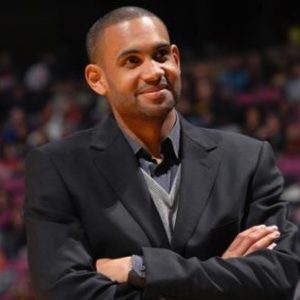 Grant Hill, the former NBA star and college basketball superstar from Duke, will be one of the owners of the Atlanta Hawks. He will have a small percentage but a big role, bigger than most minority owners because this franchise needs someone like Hill to usher in a new era of cultural responsibility.

Hill brings the requisite attributes that should come with ownership and leadership: smart, socially conscious, knowledge of the NBA. Dominique Wilkins would have been a fine co-owner, with all he has done in building the franchise and representing it. Although he has no connection to the Hawks, Hill connects in every other way necessary.

The team would still be in the hands of the three blind mice plus others had the majority owner Bruce Levenson’s racial insensitivity not been exposed. He complained in an email, essentially, that too many Black fans supported the team, which is about as cock-eyed a position one could have for a team that should feel fortunate it has a fan base at all.

The Hawks, ever since Wilkins was traded for Danny Manning, have had only sparks of true competence over those 20 years. Mostly, they’ve been either bad or not good enough. Boring.

Excitement and interest reigns now. The team has had its best regular season in history, the leader was honored with coach of the year and it is handling its business in the first round of the playoffs so far.

Now comes the news that new ownership is on deck. Billionaire Anthony Ressler, who tried to purchase the Los Angeles Clippers, is the big dog, with others that include Hill. The former first-round pick and co-rookie of the year with Jason Kidd will not allow the Hawks’ dominant fan base, Black people, to be disenfranchised as Levenson wanted.

For those who look at Hill as an elitist from Duke, cut it out. He’s shown himself to be a full man of grace, honor and intellect. And he’s down with and for Black people. His package is just refined, which we all should embrace.

To get to some of who Hill is, first consider that his father was Calvin Hill, the former NFL running back who earned his degree from Yale. His mother, Janet Hill, was roommates with Hillary Clinton at Wellesley College. (When Grant Hill was drafted, he received a congratulatory phone call from President Clinton.)

Grant Hill has been his own man for a long time. Coming out of high school, his mother wanted him to attend Georgetown. His father favored North Carolina. He went where he wanted to go, Duke. Grant Hill among some of his massive art collection.

In a piece he wrote for the New York Times, this is what he called among his favorite experiences in college:

“A highlight of my time at Duke was getting to know the great John Hope Franklin, James B. Duke Professor of History and the leading scholar of the last century on the total history of African-Americans in this country. His insights and perspectives contributed significantly to my overall development and helped me understand myself, my forefathers and my place in the world.”

That speaks a lot to who he is and to what he can bring to the Hawks. Hill also became a huge art collector. His father introduced him to art and the son has taken it to another level. He and wife—R&B singer Tamia—have an extensive art collection that traveled the country.

The Hills do not have room for all the art they own. But they love sharing it with others, especially Black youths. When their collection was on tour, at each stop, Hill has invited inner-city students to visit the exhibit on a field trip, “understanding that not everybody will get it or understand it,” he said. Hill wants kids to know that art produced with marble and paint is as valuable as records set on the basketball court or inside a football stadium.

And there you have it.

One thought on “Grant Hill Brings Smarts, Honor and Cultural Awareness to Hawks as Part Owner”