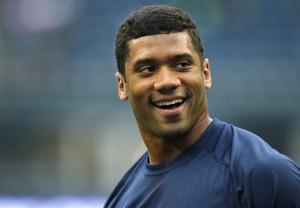 Barring something unexpected, Russell Wilson likely will become the highest paid player in NFL history. This is news for a number of reasons, most notably because Wilson is a Black quarterback playing in a league that once viewed that position as too much for his kind to handle.

Oh, how times have evolved. From James Harris to Doug Williams to Warren Moon to Randall Cunningham to Michael Vick and on and on, Black quarterbacks have ascended from outcasts to coveted. No one could have expect this when Harris was doubted at every turn when he became the first Black man in NFL history to open a season as the starting quarterback, for the Los Angeles Rams in 1969.

Now, a third-round pick who was considered undersized has won a Super Bowl and who was a still-questionable play away from winning another championship in February, will receive the ultimate measure of his success: A contract in the range, according to Business Insider, of $132 million, $64 million guaranteed. Both totals would be NFL records.

There are other numbers projected for Wilson, too, by the publication: $126 million with more than $54 million guaranteed.

Either way, he will be the best-compensated player in NFL history, a landmark that speaks to Wilson as a player and a man. Teams do not distribute that kind of money to “good” players, as many have argued about Wilson’s place in the current rankings of quarterbacks.

Peyton Manning, Tom Brady, Drew Brees and Aaron Rodgers have been rated higher than Wilson, which should not spark much of an argument. That quartet of QBs is brilliant, and each has at least one Super Bowl title. But other quarterbacks have been considered above Wilson, too, like Eli Manning, Phillip Rivers, Matthew Stafford, Tony Romo, Nick Foles, Cam Newton, Matt Ryan. Only Manning has a Super Bowl among that group.

Translation: Wilson’s value extends far beyond statistics. Fans fall in love with the numbers; that’s how they make their case in gauging a player’s worth. In many cases, those stats do tell a story. But the ultimate statistic sometimes can be how many Super Bowls you have won or played in. Wilson has lined up in back-to-back title games, which says a lot about how he has led his team. Wilson’s statistics are about wins and losses. Seattle’s defense has been its force. But they have to score, too, and Wilson’s ability to make plays in key moments has been phenomenal.

He also has been a gem in the locker room and in the community, lowering his risk quotient to zero.

And because of that, the NFL Network reported that Wilson could make history by being the first QB in league history to receive a 100 percent guaranteed contract extension.

“(It’s not) something that is a rarity in the NFL — not a rarity, it does not happen,” Ian Rapoport of the network said. “It simply does not happen, but in this case it really might happen and (Seahawks general manager) John Schneider has talked about it in the past, an unconventional type of contract.”

The one issue with Wilson’s deal will be how it impacts the Seahawks’ ability to acquire more talent. Their team was built on depth and Wilson’s paltry-by-NFL-standards earnings for his first three years of $660,000 to $1 million, which was low for all he brought to the team. So, the Seahawks will have to be quite creative to lock in Wilson and have the flexibility to add more talent to keep the team competitive.

But that’s the team’s concern more than Wilson’s. His talent and patience have won out. He never complained about his salary. He just played, and played better than most. That’s why he will be paid better than them all.