With so many prominent Black politicians finding success in the Republican Party and years of loyalty by the Black community to the Democratic Party, there’s still the ongoing debate about whether the Democrats have Black voters’ interests at heart. But one columnist says its time for Black voters to shift their focus altogether.

For years, Black voters have been looking for political candidates who would address the problems that have long plagued Blacks across the nation.

From disadvantages in education to a flawed justice system, it seems like the issues dear to the Black community don’t come to the forefront of either party’s political agendas and decades of hoping for change have resulted in disappointment.

“Even when we have given it our best, politics have never delivered the expected results,” Curry wrote on DistrictChronicles.com. “I am old enough to remember how exuberant we were with the election of the first wave of Black big city mayors: Carl Stokes in Cleveland, Richard Hatcher in Gary, Indiana, Ken Gibson in Newark and later, Tom Bradley in Los Angeles, Andrew Young in Atlanta and David Dinkins in New York…In January we will have not one, but two Blacks in the U.S. Senate (Cory Booker and Tim Scott), the largest African-American contingent ever in the upper chamber.”

But that, Curry explains, is not what will bring about real change.

Instead of waiting for politicians to deliver solutions, Curry says Blacks should focus on a sector where they already have the upper hand—economics.

Black people have extraordinary spending power as the community is on the verge of spending $1.3 trillion every year, according to a Nielsen study.

“It’s time to shift our attention to economic development and empowerment,” he wrote. “I am not saying we should abandon politics—we shouldn’t—but it should no longer be our primary focus.”

Curry acknowledges that there have been some improvements in recent years, such as a boost in employment, but the impact of that economic boost was barely felt in the Black community.

African-Americans still have disproportionately higher unemployment rates than any other demographic group.

This is where focusing on the battle of economics can prove truly effective.

Studies reveal that many company CEOs will hire the demographic that seems “familiar” to them, although this is often an unconscious decision.

By empowering Black business owners, communities can pave a road to more Black employees and drastically cut down on unemployment rates.

This could also encourage the growth and expansion of other Black-owned businesses.

These are the types of responses that could give African-Americans the power to make major changes in their own communities and eventually across the nation.

8 thoughts on “With Over $1 Trillion in Spending Power, Black Community Needs to Shift Focus to Economics Over Politics” Doug Jones, Who Toppled Roy Moore Thanks to Black Votes, May Pick an All-White Senior Staff 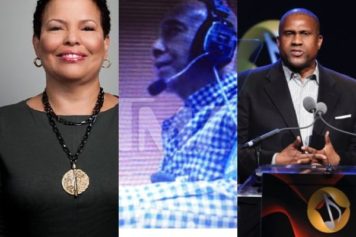