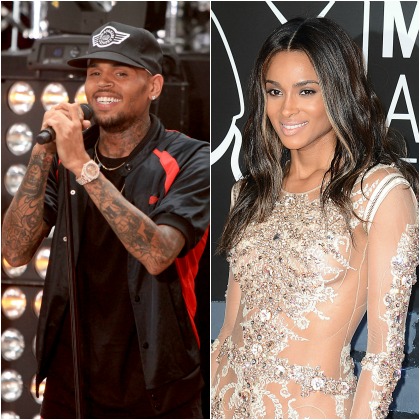 R&B star Chris Brown may have caused the bad blood between pop star Rihanna and R&B dancing machine Ciara. Right before getting into a relationship with Bajan singer Rih Rih, Brown tried to dance his way into Ciara’s heart. The two are both great dancing performers, but they definitely didn’t share the same romantic feelings. In an interview from 2007 with Giant Magazine, Brown said that he had tried to start a relationship with Ciara prior to Rihanna, but she wasn’t feeling him.

According to the magazine,”Though he approached songbird Ciara before and after he shot to fame, she turned him down both times. He even confessed his feelings to Ciara’s ex, Bow Wow, with whom Brown collaborated with on “Shortie Like Mine.”’

Chris took his rejection in stride: “I don’t stunt her that much because if I know somebody’s not attracted like that, I’m not gonna push,” Brown said. “At the end of the day, you’re not blessed with everything.”