South African audiences have shown major interest in Justin Chadwick’s “Mandela: Long Walk To Freedom,“ which opened as the top film in the country on Thursday.

The film, based on Nelson Mandela’s autobiography “Long Walk To Freedom” from a screenplay by William Nicholson, dominated the box office in two major South African exhibition chains, Ster Kinekor and NuMetro, grossing over $73,000 (750,000 rand) with a daily screen average of $843 (R8,620) Thursday Nov. 28.

The movie, starring Elba as the anti-apartheid revolutionary and politician and Naomie Harris has Winnie Mandela is a record for a Thursday out-of-school holiday in South Africa

While the dollar numbers doesn’t seem like much, the movie beat out “The Hunger Games: Catching Fire,” out grossing the Jennifer Lawrence starrer in South Africa by 39 percent.

“It is extremely gratifying for us as filmmakers to have our home audience embrace our film and react so positively to it,” stated Anant Singh, who is a South African producer on the movie.  “We are proud that a South African film is competing so well against one of the most anticipated sequels of all time.”

‘Some Things I’m Not Proud Of’: Idris Elba Says His Drug-Dealing Past Connected Him to Dave Chappelle Years Before Elba’s Role on ‘The Wire’ 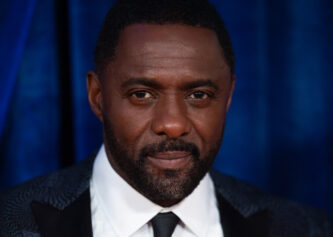 ‘I Think People Were a Bit Shocked’: Idris Elba Speaks on Rumors That He’s Giving Up Acting