Usher and Tameka Raymond’s child custody battle is far from over as Tameka fired her legal team and called on two new attorneys to help her move forward.

However, it was impossible to move forward with the custody dispute since Usher was a no-show at court.

It’s only been a few weeks since Usher and Tameka were in court fighting for primary custody of their two sons and yet they were due back in court yet again.

Tameka hasn’t had much luck in her battle to get her sons back under her care but she’s made it clear that she isn’t going to give up.

It is believed that her new legal strategy is to at least gain the first right of refusal even if she doesn’t manage to get primary custody.

In other words, when Usher isn’t around she wants the children to be with her, rather than with nannies or Usher’s family members.

Either way, any possible progress was cut short when Usher’s attorney showed up without the R&B star.

According to the Hip Hop Enquirer, the judge was clearly upset by Usher’s absence and he ordered both legal teams to join him in his chamber where they remained for about 30 minutes.

“One source stated that the judge was not happy at all that Usher Raymond wasn’t there,” the site reported. “Within 30 minutes, Tameka Raymond along with her two new attorneys (Alexa Ross and Richard Robbins) as well as the singer’s attorneys emerged from the judge’s chambers tight-lipped on what was discussed in the closed door meeting.”

A new court date has been set for October and Usher better make sure he is present or things may finally start to shift in Tameka’s favor.

Meanwhile, the R&B crooner’s ex-wife still insists that it’s Usher’s fame and popularity that keeps earning him victories in the ongoing child custody battle – which has pretty much become a child custody war at this point.

During an interview with “Good Morning America” earlier this month, Tameka claimed that Usher’s wealth should be enough to prove he doesn’t have enough time for the children because he’s so busy.

“I think that wealthy men and men that are of status are winning these cases, like, you know, hand-over-foot,” she said. “It’s kind of amazing because it’s like they’re winning them, but these are very busy men… That’s why they’re wealthy.”

She went on to say that she feels that the children aren’t getting the care they need because they are always left with nannies or aunties.

While Tameka remains very outspoken about the situation and Usher continues to defend himself against her allegations, it seems a bit surprising that no one has asked the two boys in the midst of all the drama how they feel about the raging custody war.

Of course they are too young to make the final decision, but has anyone ever asked Usher V or Naviyd how they feel about staying with nannies instead of staying with their mom?

What if they genuinely enjoy the company of their aunts and other third-party caretakers? It would certainly speak volumes to the case and give the children a say in a decision that ultimately impacts them more than anyone else. 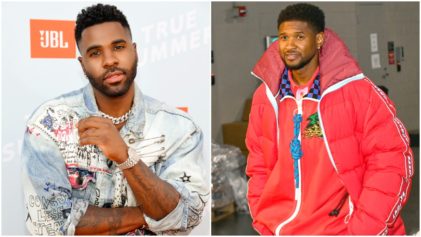