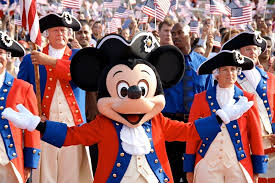 Independence Day is quickly approaching. In 2013, July 4 will be on a Thursday. What better place to celebrate the birth of the country than at Walt Disney World? The parks will be crowded, it is a popular day for tourists and locals alike. Remember that July is one of the hottest months in central Florida, so bring sunscreen and drink plenty of water.

On July 4th the Magic Kingdom will open at 8:00am and will remain open until 1:00am. A Dream Come True Parade will run at 3:00pm. The Main Street Electrical Parade will run twice, once at 10:00pm and then again at midnight. A special fireworks show; Celebrate America – a Fourth of July Concert in the Sky will take the place of Wishes at 9:00pm.

Epcot will open at 9:00am and will close at 10:00pm on Independence Day, with World Showcase opening at 11:00am. IllumiNations will be held when the park closes at 10:00pm. It will end with a special patriotic fireworks display.

At Disney’s Hollywood Studios an Extra Magic Hour for resort guests will be held at 8:00am. The park will open to the general public at 9:00am, and will stay open until midnight. Fantasmic! will run at 9:00pm and again at 10:30pm. There will be holiday fireworks at 10:15pm.

On the 4th of July Disney’s Animal Kingdom will open at 9:00am and will remain open until 7:00pm. Mickey’s Jammin’ Jungle Parade will be held at 3:45pm.

Both of Disney’s water parks, Typhoon Lagoon and Blizzard Beach, will open at 9:00am on Independence Day. They will remain open until 8:00pm. 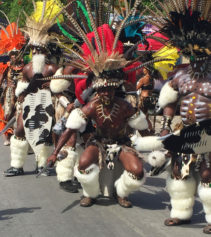