The award for strangest television project of the year goes to the dynamic duo of Vince Vaughn and Glenn Beck. A recent report from Indiewire has reported that the two personalities are making a documentary filmmaker reality competition aptly titled Pursuit of the Truth. Yes, they did put Beck’s name next to the word truth. No need to adjust your eyesight or computer.

The show will see 20 documentarians competing for the financing and distribution of their film. Pursuit of the Truth‘s website is currently accepting applications from “filmmakers of all walks of life” until January 31, stating:

“Our team of experienced producers and executives will be hand selecting twenty of the most compelling contestants to compete on the show. If selected, contestants will be asked to perform a series of tasks during the ten-week production period for our panel of expert judges. Contestants will be asked to not only prove the validity of their idea for a documentary but also their film-making abilities. They will either survive or be eliminated based on the criterion. For example. contestants might be asked to produce a sizzle reel, procure and execute a key interview, or pitch scenes to our panel of judges.”

The online application for Pursuit of the Truth is bizarrely short. It asks the obvious questions, such as if people “have a personal relationship to the subject matter” and if “there are any social or political issues” they are passionate about and why. According to the website, the winner will shoot and produce a feature-length documentary through Luckey 3 with a $200,000 budget.

Vince Vaughn’s Wild West Productions is helping produce the series. Vaughn, along with conservative personality Glenn Beck, will be two of four people who review projects and help decide which one will be aired for the TV series. Pursuit of the Truth will launch on TheBlaze TV next Spring. It should come as no surprise that Beck has already made his slant on things quite public, perhaps to deter more liberally minded applicants:

“I’d like to see the stuff just isn’t done. And done right. And done without conspiracy. I’d love to see something on the Federal Reserve, the game that’s being played there. I would love to see something on why capitalism is actually a good thing, why it’s not a bad thing. I’m looking for somebody that really wants to change the course of America by telling the truth that you think is never, ever told.”

Hmm. Apparently, anything Glenn Beck finds disagreeable to his political views false and overdone. Color me surprised. Hopefully, the show will allow more left-leaning docs to make the cut and be the show’s token villains. At least for the sake of ratings, right? In any case, look out for Pursuit of the Truth early next year. 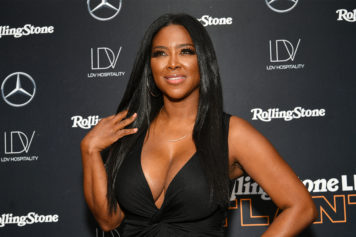