LisaRaye McCoy may have remained quiet about her former ‘Single Ladies’ castmate Stacey Dash but her onscreen boyfriend D.B Woodside had a lot to say! Stacey Dash quit the popular VH1 show after only one season – she cited her family however viewers knew better. Rumors surfaced mid-season that LisaRaye and Stacey had a huge argument which lead many to believe that resulted in her getting fired.

When I first heard that Stacey was leaving, I went out and celebrated and had some drinks.

Wow! D.B may have caught himself when he added,

Last year was very difficult at times to go to set with all that tension that was going on with Stacey. So I wish her well. I’m sure she’s off doing something else. 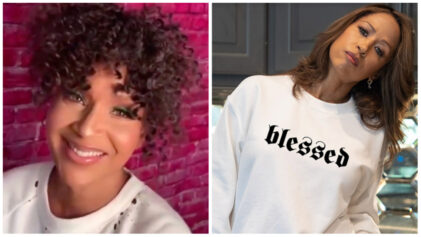