Skip to content
Close
Stay Connected
Primary Menu
Atlanta Black Star
Stay Connected
Trending Topics
Nineteen-year-old Bobbi Kristina Brown will not be prosecuted for her alleged actions at a Las Vegas casino. Last month TMZ posted a video of what appeared to be Brown gambling at the MGM Resort and Casino. Despite the video, Las Vegas police have decided to drop the case.
“There is not enough evidence to support criminal charges,” said Deputy Chief David Salas after viewing the video and investigating the incident. The video provided by TMZ depicts what appears to be nineteen-year-old Bobbi Kristina Brown gambling at a slot machine. She was accompanied by boyfriend, 22-year-old Nick Gordon. The legal gambling age in Las Vegas is 21.
The video was taken into high consideration, but the enforcement division of the Nevada Gambling Control Board said it is not sufficient evidence.
“We are going to close the case,” said Deputy Chief Salas, freeing Bobbi Kristina from her first possible criminal charge. 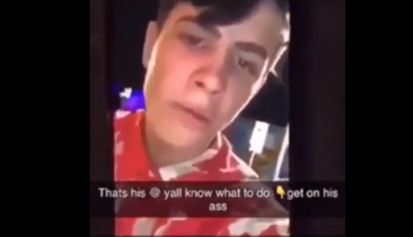