VH1’s controversial show Basketball Wives has been renewed for a fifth season despite the growing number of calls to boycott the series.

In a statement issued following the airing of the reunion episode, Shed Media, which produces the show, said they aim to produce a “balanced” fifth season.

Shed Media US is fully committed to telling the compelling stories of the Basketball Wives in a balanced way. Our producing partner Shaunie O’Neal feels strongly about this, and we fully agree with this stance. We support her as she encourages the cast members to work out issues in a non-violent fashion,” reports Shed. “We look forward to working with her and the rest of the cast on conveying more balance in the next season.

As widely reported, Basketball Wives has come under increasing fire in recent weeks over several on-air altercations between the cast members.  One such  altercations has led to a civil lawsuit,  a sponsor pulling advertisements, and a a petition to boycott  the series.

VH1 released a statement responding to the backlash. The network acknowledged viewer’s concerns of how women of color were portrayed in the series and promised to take that into consideration for Season 5.

Lately, there has been a lot of conversation about Basketball Wives, a series featuring strong, intelligent women with very passionate viewpoints which can sometimes escalate. We at VH1 agree with and support Shaunie and the show producers’ “no excessive physical confrontations” policy on the series moving forward,” reports VH1. “We are all committed to balancing the candid, bold excitement that the viewers have come to love in the series with storylines and representations they can be proud of.

Basketball Wives  follows the drama-filled lives of women who have had romantic relationships with professional basketball players. Many episodes in the series featured acts between cast mates that resembled those featured on The Jerry Springer Show, such as: swearing, slapping, punching, hair pulling and glass throwing. 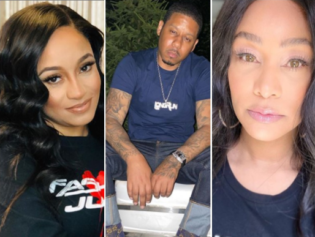