‘Single Ladies’ season 2 is soon to be underway as the announcement for fan favorite, Stacey Dash‘s replacement is in. According to Deadline.com, All My Children starlet Denise Vasi, 28, appears to be the lucky winner.

At the end of the summer Stacey Dash abruptly left the show citing time spent away from her family as the reason. However, numerous rumors surfaced about tension on set between Stacey and her co-star LisaRaye McCoy Misick. LisaRaye has denied having anything to do with Stacey leaving the show. While many fans threaten to boycott the show others were busy speculating who would be the best replacement for Dash’s character Val. Vasi may be a far cry from previously speculated replacements like actress Megan Good; but her soap opera experience may be just the edge she needs to fit in with the Single Ladies drama.

Co-producer Queen Latifah had this to say regarding the addition; “Denise is the perfect addition to the Single Ladies cast.”

She added; “She is bringing a fun, new element to the show.”

“It was a rare and wonderful moment during the audition when everyone in the room immediately knew we had found our Raquel. Denise’s beauty, style, grace and humor leap from the screen.”

It was also confirmed that Vasi will not be filling in as Stacey’s character Val, but instead as a close friend of Keisha, LisaRaye’s character. The new character Raquel is a savvy business woman from a prominent Southern family on a quest to discover passion.

Single Ladies, which initially averaged 2.8 million total viewers in its first season is set to begin Season 2 production in Atlanta by January for a premiere in early summer.

Now that Stacey Dash is completely out, do you still plan on watching the show? 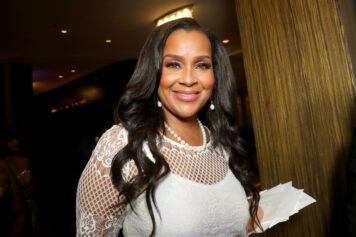