The R&B legend Toni Braxton has fans shocked with this new revelation about her mother, Evelyn Braxton.

The 52-year-old uploaded a bombshell reveal that Evelyn is into the Starz show “P-Valley.”

“FYI, my momma is watching @PValleySTARZ guys; she’s on episode 4…I am speechless!🤷🏽‍♀️,” Braxton captioned the post. “It is a good show, though 🤣 @EvelynBraxton.”

“You putting momma business out there 😉.”

“Miss Evelyn is going to get you, girl, for telling her business. Lol.”

What’s the fuss about, you may ask?

“P-Valley” is an eight-episode series about exotic dancers at a club in the Mississippi Delta. Drama erupts as one dancer announces her plans to leave the show and a new stripper arrives.

During an interview on the “I’m So Obsessed” podcast, the show’s creator Katori Hall revealed her inspiration behind creating the series about the complex and often misunderstood milieu.

“Let’s be honest; the strip club is a very complicated place. It is a space of exploitation. There are a lot of women who have very horrible stories,” Hall said in the interview.

“I wanted to showcase that this world is not black or white. It is very gray. No one is completely bad. No one’s completely good. There are tropes that have existed in the media when it comes to dancers, like the stripper with the heart of gold.”

The show highlights not only the lives of women working in the sex industry. “P-Valley” touches on topics of domestic violence issues, racism, and misogyny. The show has received a 100 percent rating on Rotten Tomatoes and is renewed for a second season. 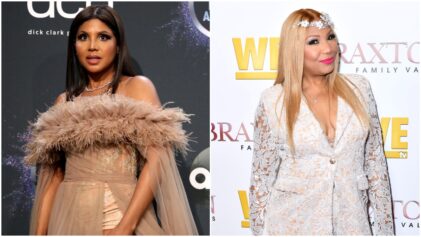