At just 2 years old, Tia Mowry-Hardrict‘s daughter Cairo Hardrict is wise beyond her years. Tia proved this to be true when she recently shared a photo on Instagram that showed Cairo smelling a row of black-eyed Susans during an afternoon walk. In her caption, the “Sister, Sister” alum reflected on the one lesson that her daughter helped her remember.

“I’m not gonna lie, the last few days have been rough,” she wrote on Wednesday, July 15. “Life will throw you some loops that you’ve never thought you could imagine. In these challenging times, I start to really reflect and focus on things that really matter and what I’m grateful for,” she added.

She continued: “On our walk #cairo literally stopped and smelled the flowers. She reminded me of a great lesson. STOP and #appreciate the little things in life. For in the end, they are not so little. They are actually BIG things.” Tia concluded her message by expressing her gratitude to her daughter and son Cree Hardrict, 9, for making her happy during these trying times.

“I thank my #children everyday for giving me the #joy that sometimes escapes me during these #crazy times. They truly are the #miracles that I needed. #God knew what he was doing when he #blessed me with them. Thanks for all those who have reached out and sent their condolences. #Life is short! Live your life! And live it lovingly and proudly. Love you guys!”

People who reacted to the adorable photo of Cairo sent positive wishes to Tia as well as gushed over the toddler’s heartwarming act. “Oh Sweet Cairo🌸Prayers for your healing hearts.✝️💟☮️,” one lady wrote. “Baby Cairo❤️❤️❤️ Praying for your family,” someone else commented.

The “Glee” star went to the reservoir last week with her 4-year-old son Josey Dorsey, where she rented a pontoon boat and they swam. When the boat didn’t return to shore on time, staff members found it on the lake’s north side, with Josey sleeping aboard alone. Josey told authorities that he and his mother went swimming and she never made it out of the water.

During a news conference on Monday, July 13, the Ventura County Sheriff Bill Ayub explained that authorities believe she used the last of her strength to save her son. “She mustered enough energy to get her son back onto the boat, but not enough to save herself, Ayub said.

Tia and Naya were close friends. Tia met Naya many years ago through her younger brother Tahj Mowry. The “Smart Guy” actor shared an emotional tribute to Naya on Instagram, where he revealed that the two once had a longtime off-and-on-again relationship. 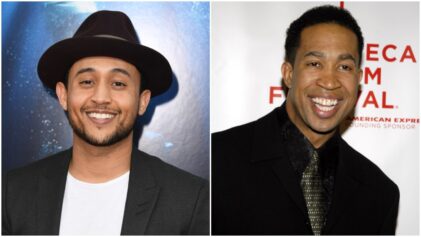