Kenya Moore is no stranger to the camera, and stays ready for her closeup. Before her time as a peach holder on “The Real Housewives of Atlanta,” the former beauty queen made many notable TV and music video appearances following her historic win as the first African-American Miss USA.

Blink, and you may have missed her!

Here are five times the fan favorite reality star twirled onto our TV screens for a cameo appearance. Made Her Big Screen Debut In “Waiting to Exhale”
Moore landed her first movie role in the 1995 film, starring alongside acting greats Whitney Houston, Loretta Divine and Angela Bassett. Dupri told VladTV in October 2018 that they wanted the video to feature models, and they ultimately chose Moore, a beauty queen with years of modeling experience under her belt. 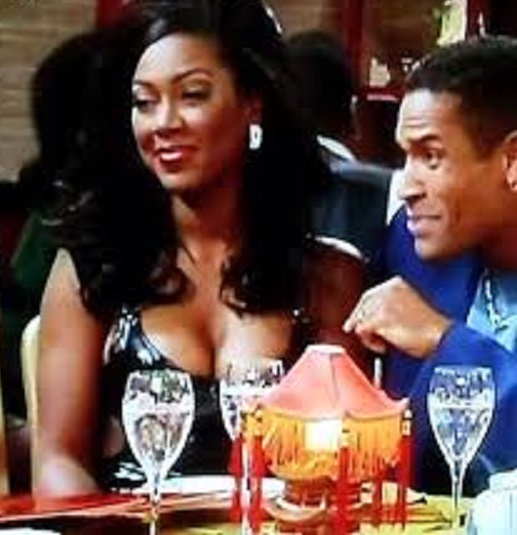 Played the Sexy “Mrs. Bozak” on “Martin”
Moore also starred in a 1996 episode of ’90s sitcom “Martin,” where she played the seductive wife of a big-time TV producer looking to give main character Martin (played by Martin Lawrence) a show.

Martin gave Mrs. Bozak his undivided attention, but by episode’s end, made it clear he “liked his women classy, not showing all the ass-y.” Starred on “The Jamie Foxx Show”
In 1999, the actress appeared on the Jamie Foxx Show. Moore played Heidi, a contestant on dating game show Change of Heart. The reality star posted a throwback photo of her time on set with the Oscar winner, writing, “[He’s] always been a sweetie to me.” Was “Gone with the Wind Fabulous” In Video for Boy Band Shai
Moore flexed her acting chops yet again when she starred in the 1995 “I Don’t Wanna Be Alone” music video for ’90s boy band Shai. She played the leading lady and love interest.