“Growing Up Hip Hop” star Briana Latrise Isaacs, the daughter of Mary J. Blige‘s ex-husband Kendu Issacs, seems to be at the core of drama this season.

Her recent erratic behavior has the cast quite concerned. Two episodes ago, Isaacs spazzed out at her co-star Eric Wright Jr., the son of rapper Eazy-E, because she claimed he referred to her father as a “deadbeat.” Isaacs said she became offended by Wright’s implications because she’s not close to her family. 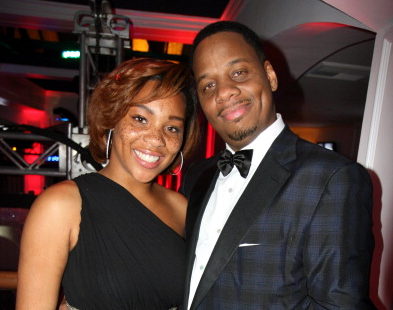 She revealed that her family never answers the phone when she calls “50 percent” of the time and that her relationship with her “real mother” is toxic. Isaacs then indicated that her father wasn’t really involved in her life.

“My dad he’s not gone answer [the phone] and if he does answer we meet at Soho house for we can have a fake ass whatever,” Isaacs said. “He tells me all the great things he’s doing and knows I wanna do but gave to somebody else. … I don’t beat dead horses.”

Wright and many of the other cast mates believe that Isaacs’ berserk behavior is caused in part by the lack of support from her family, in addition to factors such as the cyberbullying she’s experienced, and drugs. The 32-year-old star opened up a few seasons ago about her past addictions to methamphetamine, ecstasy, and prescription pills, and her cast mates believe she has relapsed.

During Thursday night’s episode 19, Isaacs attended rapper Lil Twist’s get-together when the cast began noticing her alarming behavior. First, she excluded herself from the group to drink alone in the hot tub and flicked off her co-star Tee Tee, who tried to make sure she was OK. Things took a turn for the worse when the 32-year-old began randomly stretching on Lil Twist’s lawn in her bra and panties. When the rapper tried to convince Isaacs to “get up,” she lashed out at “GUHH” filming crew and told them to get “the f–k” out of her face while she was “naked.”

Wright, Jo Jo Simmons, Tee Tee and Boogie all expressed genuine concern for Isaacs and wondered if she was back on drugs.

“Poor baby..😓 I have always felt for her. It’s horrible to watch someone self destruct. God, please guide your child. Help her to make the right decisions and surround her with support and love. Amen ❤️.”

” feel like this is a cry for help. I pray she gets the help she needs.”

“So she decides to have a yoga session in the middle of a party! I can’t with this girl, I pray she gets help ❤️.”