What was meant to celebrate humble beginnings between spouses Lala Anthony and Carmelo Anthony turned out to be a criticizing session when fans took issue with women taking back to their cheating significant others.

The “Power” actress on Thursday posted a circa 2004 throwback photo of herself and her Houston Rockets forward spouse from years earlier. In those days their romance was just beginning.

“Best friends who were trying to figure this thing called love out…❤️ #tbt,” the star wrote in the caption of the Jan. 17 Instagram post. 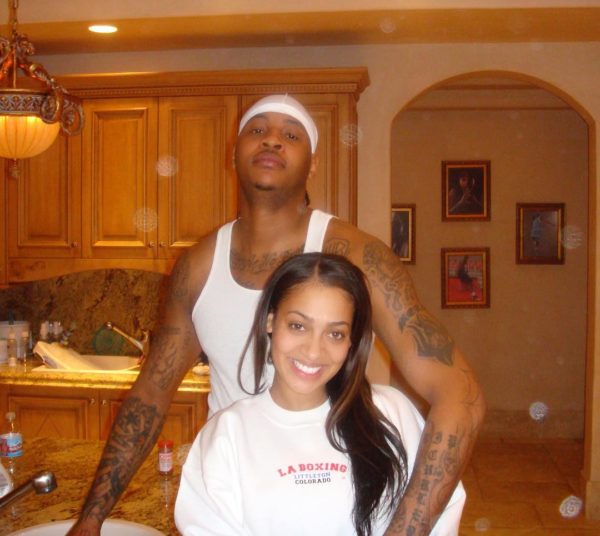 “❤️❤️❤️ Love seeing you guys together!”

“Beautiful ♥️♥️. Cherish that love that you found boo. ✨♥️♥️”

But then, many weighed in to criticize the TV star for taking back the basketball star after rumors of infidelity.

In 2017, TMZ reported that Melo and Lala, who are parents to an 11-year-old son, split and that their union had been on the fritz for a while. Additionally, the athlete reportedly impregnated a woman named Mia Angel Burks. It was said that the alleged love child didn’t pull the trigger on the couple’s separation, but it didn’t help matters either. Still, the split was reported to be an amicable one.

“👎boooo lol boy u to old to be still cheating.”

“What makes a Woman stay with a man who cheats? But if a Woman cheats it’s over Ninja can’t take it she’s a Ho this that and the other I just wanna know Why? Whats wrong with Y’all? You cheat on me It’s a wrap speaking of wrap No Condom😨I wouldn’t be able to look at you in The same Loving way and feel like That’s Mine Right there, you should have Loved me enough not to do that ish!…”

“He embarrassed tf out of you in public once, one more chance is all he should get sis. If she gon cheat he need to be way more respectful cuz let’s keep it a buck, men and just low life cheating ass busters that we still seem to fall in love with knowing all those things.”

However, Lala and Carmelo have made things work and they never filed for divorce.

In October 2018, the former MTV VJ told People magazine that she and her husband are making things work in their eight-year marriage.