Torrei Hart made a joke about her ex-husband Kevin Hart and had to defend herself.

Torrei made the joke on her Instagram page, and it had to do with Kevin buying each member of his crew vintage cars. He did it at the end of his “Irresponsible” tour as a way to show appreciation. “I mean it when I say I love my team,” said Kevin. 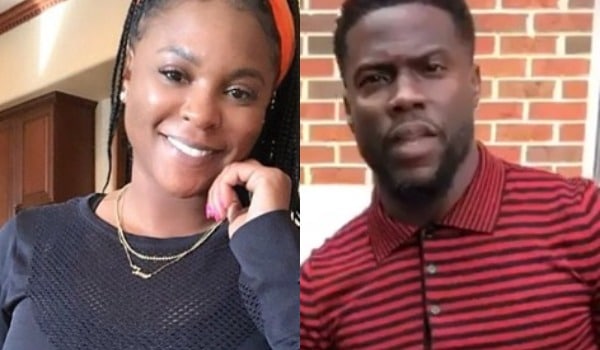 But Torrei wondered where her classic ride was since she birthed two of the comedian’s children and was with him for years.

“Damn @kevinhart4real, I gave you two kids. Can I get a hooptie that I can fix up?” she captioned the video.

Then in the actual clip, Torrei took the joke even further and acted it out.

“So I was back East for Christmas,” she explained. “And on Christmas Day my girlfriend called me all hype and she’s like, ‘Torrei, did you see that Kev bought all his homies old-school cars for Christmas? Like girl, I know he got you an old school.”

Torrei then said she was convinced that Kevin got her a new car too but found out that wasn’t the case when she got home.

“It’s cool, ’cause I don’t like old schools anyway,” she joked. “I’m more of a modern day type girl.”

“Work hard to buy your own sh–,” one person wrote. “You wasn’t with him shooting in the gym.”

“When are you ever going to move on,” wrote another.

That’s when Torrei clapped back and let people know not only was she joking, but she’s fully capable of buying her own pricey items.

“If I really wanted an old school I could buy several, cash,” she wrote. “And check my resume before you assume. I work very hard. #dumbass. People need to take the stick out of their ass.”

You can see Torrei’s video below.