It’s been almost 30 years but LL Cool J finally spoke about his infamous cut “To Da Break of Dawn,” where he dedicated each verse to dissing a different rapper, Ice-T, Kool Moe Dee and MC Hammer.

Hammer mentioned LL’s name in his 1987 cut “Let’s Get It Started” and said he was better than him, along with Run DMC and Doug E. Fresh. And for that that, LL flamed him on “To Da Break of Dawn.” 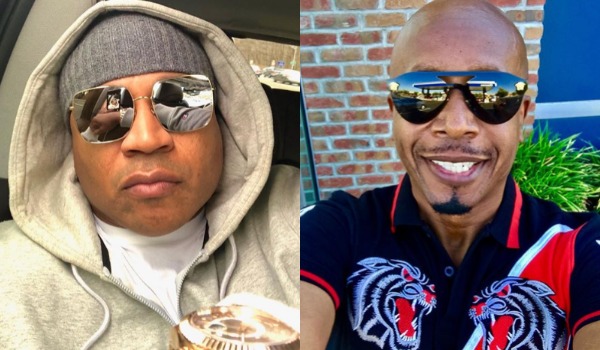 “You little snake in the grass / You swing hammer but you couldn’t break glass / Gimme a lighter, woof / Now you’re cut loose from that jheri curl juice / Cool J is back on the map and when I see you, I’ma give you a slap / That’s right, a little kick for that crap / ‘Cause my old gym teacher ain’t supposed to rap,” spit LL on the song.

But during a Q&A to promote his “Rock The Bells Radio” show, LL claimed the battle was  all in good fun, and he really didn’t have a problem with the “U Can’t Touch This” rapper.

“I didn’t have a beef with MC Hammer, MC Hammer had a beef with me,” said LL. “He knows I love him … I think he just said my name in a record for attention and Run DMC and Doug E. Fresh for attention. He did what he had to do. He came out, sold a lot of records and did his thing. But I never had any problems personally with Hammer. I lit him up because that’s what I was supposed to do, but I never had any problems with him at all.”

“The NCIS: Los Angeles” star also said at that point of his career, he was used to rappers coming at him but always knew it came with being the top MC of his day.

You can see LL talk about Hammer below.