“Love and Hip Hop: Hollywood” star Misster Ray had a few words for social media comedian Kendall Kyndall for taking a jab at his eyebrows and hairstyles.

Kyndall has an Instagram series where he reviews different reality shows each week and roasts celebrities who’s hair may not be all the way together. During Monday night’s episode of “LHHH”, the comedian spewed his thoughts on Moniece Slaughter‘s breakup.

“Girl what you trippin for you ain’t about to erase the last two years of your life, you’re about to grow from those two years,” said Kyndall.

Moments before the commentator spewed a few words of positivity towards Slaughter, he straight flamed Misster Ray for his “Moesha braids” and his “nonexistent” eyebrows. 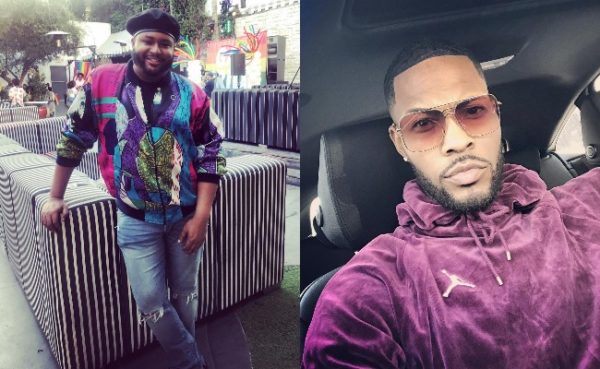 “Misster Ray,” Kyndall said before cracking up. “You got the Moesha braids you got the foundation you doing the eyebrows just go on and get some lashes. F**k it! Go on full throttle!”

“Don’t worry about my braids considering majority of the wigs that have come across this screen this season. And no lashes for me biiih I don’t do ‘gimmicks’ that’s not my ministry😂😂.” He added, “It’s all entertainment folks 😎 .”

Fans chimed into the discussion and were in stitches over Kyndall and Misster Ray’s remarks.

“Did he try to deter the focus talking about considering the other wigs 😩Them braids are boney asf.”

“He better sit down somewhere coming at best friend!”

“Mister Ray lookin dumb as hell with them braids tho! 😂😂 Out here lookin like he ready to transition but isn’t sure.”

Misster Ray appeared on season 4 of “LHHH” where he and his co-star Zell Swag got into a physical altercation. However, Swag was kicked off the show and Misster Ray continues to film.

Check out the scene below: