The Internet was on fire Tuesday evening after the Nicki Minaj and Safaree Twitter war and several celebrities were brought into the mix including DJ Envy. The radio personality spoke about boycotting Minaj’s music on air after the raptress dissed DJ Self. 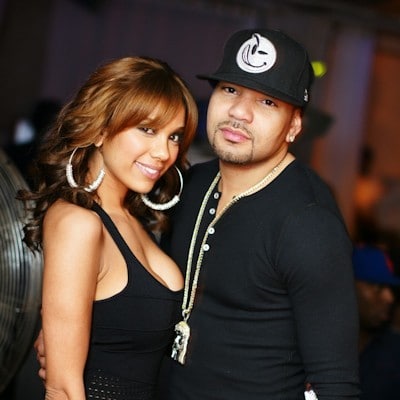 Needless to say, many fans were upset about Envy’s stance and one person tagged Erica Mena in the mix. The social media user wrote on the reality star’s Instagram page, “Girl can you f**k up dj envy… please thanks.

The “LHHATL” responded back, “Jus go tell his wife he thinking about me again… I’m always being mentioned on his little platforms & if he keeps doing it one day I will have time to tell THE TRUTH on it all.”

Mena also took to her Instagram Live story and fired shots at the “Breakfast Club” DJ and his wife Gia Casey. She said, ” You would think out of all these years m*********ers would keep my name out they mouth… Especially because I never got to tell the truth behind the things.” The vixen added the captions, “Why I am still being mentioned” and “Because if the truth was told.”

Fans blasted Mena for being “messy” and in the mix of drama.

“She always think people really be thinking about her messy , loud mouth a**,” one fan wrote.

Another person added, “Sis get over it Envy and Gia living happily and lavishly… stop clout chasing🤦🏼‍♀️.”

In 2013, Envy admitted to cheating on his wife with Mena on air. He called her a “bird” and said she was “desperate and it’s just so pathetic.”

However, the reality star defended her romance with the radio personality and said she knew nothing about his wife. She also claimed he was “ashamed” of Casey and that Envy slept with many other women while he was married.

Envy has yet to respond back to Mena’s threat. The “LHHATL” star erased her most recent comments firing off on him.