A program launched by the Transportation Security Administration has come under scrutiny for its covert surveillance of unsuspecting airline passengers.

Since 2010, federal marshals have been peeking over shoulders and jotting down notes on passengers who so much as fidget, recording the ordinary behaviors of people who haven’t been suspected of committing a crime, according to a Boston Globe report. The Quiet Skies program specifically targets passengers who “are not under investigation by any agency and are not in the Terrorist Screening Data Base,” court documents state.

The mid-air spying is apparently part of the agency’s “Quiet Skies” program, in which marshals select roughly 35 passengers daily and follow them on their travels. The initiative has raised concerns among civil liberties groups, who say the program violates passengers’ Constitutional rights to privacy.

It’s unclear exactly who’s selected and why, but the TSA insists the program is intended to thwart possible threats by “unknown or partially-known terrorists.” Moreover, the agency claims its program doesn’t take into account a person’s race or religion, nor was it put in place to monitor “ordinary Americans.

“The purpose of this program is to ensure passengers and flight crew are protected during air travel,” a TSA statement read. “ …In the world of law enforcement, this program’s core design is no different than putting a police officer on a beat where intelligence and other information presents the need for watch and deterrence.”

“The program analyzes information on a passenger’s travel patterns, and through a system of checks and balances, to include robust oversight, effectively adds an additional line of defense to aviation security,” it continued. “With routine reviews and active management via legal, privacy and civil rights and liberties offices, the program is a practical method of keeping another act of terrorism from occurring at 30,000 feet.”

According to The Globe report, the previously undisclosed program specifically targets travelers who “… aren’t under investigation by any agency, and are not in the Terrorist Screening Data Base.” What’s worse, marshals are given broad discretion about which travelers are chosen and how closely they’re monitored.

Court documents obtained by the paper showed marshals noted every little thing, including if a passenger twitched, used their laptop and/or cell phone, or simply had a “jump” in their Adam’s apple, among other harmless behaviors.

In one case, an air marshal griped about having to surveil a Southwest Airlines flight attendant as part of a Quiet Skies mission. Several marshals interviewed by the paper argued that the program actually makes the U.S. less safe because resources are being diverted from legitimate potential threats.

The legality of Quiet Skies has also come into question.

“What we’re doing [in Quiet Skies] is troubling and raising some serious questions as to the validity and legality of what we are doing and how we are doing it,” one air marshal wrote in a text to colleagues.”

The program has not only raised red flags for agency employees, but also for civil liberties experts who feel the TSA is overstepping its boundaries.

” … If TSA is using proxies for race or religion to single out travelers for surveillance, that could violate the travelers’ constitutional rights,” Hugh Hanyside,  senior staff attorney with the American Civil Liberties Union, told The Globe. “These concerns are all the more acute because of TSA’s track record of using unreliable and unscientific techniques to screen and monitor travelers who have done nothing wrong.”

Despite the backlash, the TSA has defended its program but declined to say whether Quiet Skies has helped intercept any real threats. 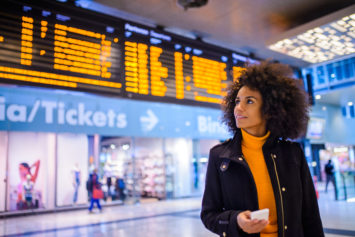