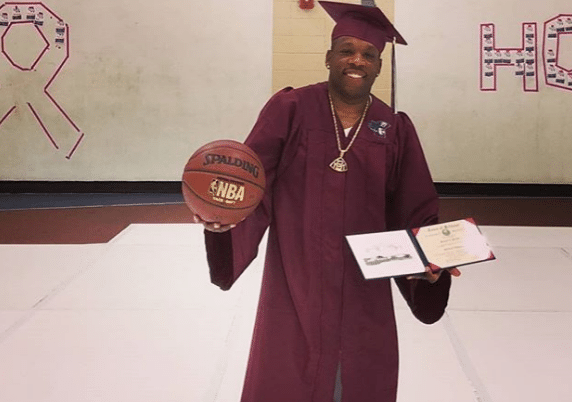 Bivins began pursuing his music career as a young teen and left the school his sophomore year, but before the fame the musician would take a local bus everyday from Roxbury, MA to Belmont. He also was a student of the METCO (Metropolitan Council for Educational Opportunity) program which is intended to increase diversity and reduce racial isolation.

Draped in his high school graduation attire, Bivins walked across the stage and was presented his honorary diploma from the class of 1986.

“It’s never too late, don’t ever feel like you can’t go back fix something and do something again…As long as you have breathe, you can go back and do the same thing and maybe it’ll have a different outcome,” Bivins said. Many of the “One More Day” singer’s family and other school officials were proud of him and attended the ceremony. The former METCO coordinator Thelma Burns, said Bivins always remembered how important his education was.

“You know, he had to leave school to do this musical thing but he always had education in the back of his mind,” she told WHDH.

Bivins took to Instagram to share the special day with his fans. He thanked everyone for their support and wrote, “Thank You God for all you do in my life and my family,friends & fans who hold me down aka Cap & Gown #BelmontHighSchool.”