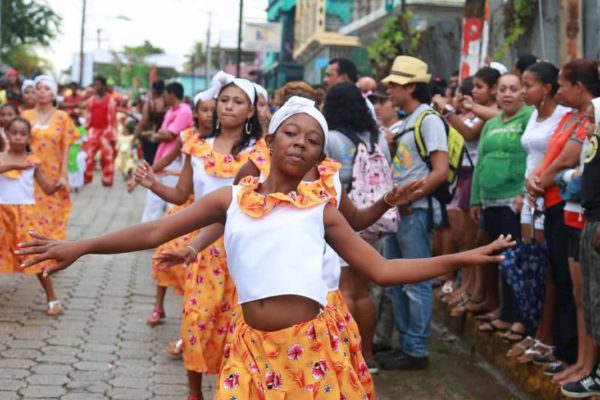 Blacks and indigenous peoples may make up small portions of Nicaragua’s population, but both groups face structural and everyday racism that limit their career opportunities and deprive them of human dignity. This is according to Brown University Professor Juliet Hooker, a Nicaraguan-American, who is raising awareness about the discrimination in her homeland in her new book Theorizing Race in the Americas, whose premise is that racism remains a taboo subject in Nicaragua because of the idea that everyone is mestizo, or of European and indigenous heritage.

According to the CIA World Factbook, Nicaragua is 69 percent mestizo, 17 percent white, 9 percent Black and 5 percent Native American. While Blacks largely live on the Atlantic Coast, they face a great deal of hostility, according to Hooker. The professor, who identifies as Creole, or mixed race, grew up in the South Caribbean portion of Nicaragua. She says that people in the rest of the country know little about the Atlantic Coast and sometimes assume that Black Nicaraguans must be foreigners. Hooker added that Blacks are barred entry from certain spaces or schools and that she finds it discriminatory that Creoles can’t use their language in the workplace or in schools.

“Even though the law says we can, the fact is that everything is in Spanish,” she told the Havana Times. “The students are at a disadvantage because they can’t use their mother tongue, and also it fuels the danger of the language becoming lost.”

Hooker isn’t the only one concerned about racism in Nicaragua. In September, a Californian who visited the country left a message on the Trip Advisor website cautioning other would-be travelers to Nicaragua about discrimination.

“We have traveled to most of Mexico, El Salvador, Costa Rica and Guatemala, to name a few, but our experience with Nicaraguans made us very wary on how they treat those who are not whites,” the traveler wrote. “We found it outrageous, and we think it is only fair that you are warned before you go there. We personally saw people at the hotel (a big fat hotel in Granada) be downright rude to a person of Asian descent and serve whites with a smile and avoid the Asians, a black family sit in a restaurant and get bypassed by the owner who then went on to take orders from whites (this was especially disgusting as we saw the father there with three young teens, and they were not served at all and they finally just got up and left), security at the airport only checking non-whites/giving them the complete run down and going over their personal belongings one by one. Our cab driver telling us that they do not want Chinese there at all. … The list goes on.”

In 2009, the nation was forced into a dialogue about race after a nightclub in Managua refused entry to Majailah Francis, the daughter of politician Bridgete Ivonne Budier Bryan, then an alternate deputy in the Central American Parliament. The Afro-Nicaraguan family accused the club, El Chaman, of racism, with Bryan calling for its closure. While some people argued that clubs in Nicaragua typically deny people entry because of their dress or class background, the newspaper El Nuevo Diario said the incident involving then-18-year-old Francis reflected the racism pervasive in Nicaraguan society. El Chaman’s owners eventually apologized but denied racism played a role in Francis’ treatment.

“We repeat before Nicaraguan public opinion and particularly to the community on the Caribbean coast that El Chaman deeply regrets that legislator Budier and her companions felt discriminated against,” the club owners said.

In light of the scandal, however, Nicaragua’s national ombudsman Omar Cabezas called for the closure of a minimum of three other nightclubs that routinely refused to admit Blacks. In 2010, a year after the nightclub scandal, Nicaragua was thrust into another national dialogue about race when Scharllette Allen Moses became the first Black woman to win the Miss Nicaragua crown. She went on to represent the country in the Miss Universe pageant.

“When there was a Miss Nicaragua who came from the Coast, people almost had a nervous breakdown about having a black woman represent the country,” Hooker pointed out. “What’s that, if not racism? We think that the Nicaraguan is something else, we don’t think that a Nicaraguan could be black.”

Hooker says that racism dates back to the colonization of Nicaragua, which devastated the indigenous peoples and ushered in the slave trade. The reports of racism in Nicaragua aren’t unique to that particular Latin American country, of course. When Fidel Castro died in November, his critics pointed out how Blacks in Cuba remained second-class citizens. The same has been said about other countries in the Americas, including Brazil, Colombia and the Dominican Republic. Afro-Colombians recently made headlines for striking in the streets to protest racism and government neglect in their communities. Thousands of protesters blocked the Colombian port town of Buenaventura. After three weeks of protest, Black leaders came to an agreement with lawmakers about their needs. They wanted basic necessities like running water, infrastructure and electricity in their communities.

“What motivates us to keep fighting is our culture, our tradition, the legacy that our ancestors have left us,” activist William Mina said. “We want to live for our children so they can live in tranquility.”