After a 30-year civil war that killed about 1 million people and displaced some 5 million, an estimated 200,000 land mines were buried throughout the African nation, making it the most mined country in the world.

Now, according to the anti-mining effort The Halo Trust, Mozambique is mine-free.

“Mozambique is a compelling example of how dealing with the deadly debris of war systematically and in partnership with government, local people and donors can bring stability, recovery and growth to countries ravaged by war,” James Cowan, CEO of The Halo Trust, said in a statement. “Halo is proud to have been part of such a powerful legacy and hopes today’s news provides the momentum to strive for a mine free world by 2025.”

Mines had been a major public health concern for decades in Mozambique. The Guardian reports that mines at one time injured or killed some 600 people per year, but that number has decreased to just 13 in recent years. The Mozambican government estimates that 10,900 people have been killed or injured by land mines since the civil war ended.

The Halo Trust destroyed about 171,000 mines, or 80 percent of the total, since its efforts began in 1993. However, other unexploded devices are still present throughout the country. 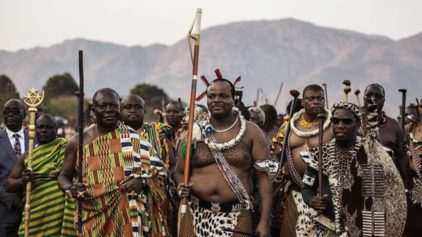