To a younger audience she is known mostly for her 90s R&B ballad “Nobody’s Supposed to Be Here,” but artist Deborah Cox has long left the stifling confines of the music industry.

In fact, the Toronto-native moved her talents to the bright lights of Broadway. The singer-turned actress is credited on playbills for performances in Aida and Jekyll and Hyde.

Now a married mother of three, Cox will spend most of the upcoming year on the Broadway stage yet again to portray a legend some called “Black Venus,” and another icon known simply as “The Voice.”

“Black Venus” is none other than Ms. Josephine Baker, the first diva of entertainment. The St. Louis born chanteuse’s story of abandonment, passion, femininity and love has been widely visited in pop culture. Many know Baker for her barely-there costumes and sexualized persona, but little is mentioned of her role as an activist.

The musical project Josephine is inspired by Stephen Papich’s 1976 book, Remembering Josephine, revisiting her time as a star of Paris’ Folies Bergere, her affair with a Swedish crown prince, and her service in the French Resistance during World War II. Asolo Rep’s producing artistic director Michael Donald Edwards explained, “Josephine vividly brings to life the story of a beloved American icon — one of the most magnetic and fascinating women in history. This celebration of Josephine Baker is a remarkably evocative work of art.”

“She was a woman who overcame many, many struggles,” Cox said in an interview with Huff Post. “She became a pilot and she fought head on against Hitler’s Nazi regime. There’s a lot of content, a lot of her story that a lot of people don’t know.”

There is something to consider about theater and its respect to the art of storytelling. As biopics have seemingly developed into a cinematic trend, another platform has emerged for Black people to observe the recanting of their history. With 12 Years a Slave director Steve McQueen announcing his undertaking of a Paul Robeson biopic, and crowds still in hot discussion over Ava DuVernay’s award-winning film, Selma, Black history is curiously moving into center focus. Particularly during a time when violence is divisive enough, stories of triumph and humanitarianism are serving the Black community far greater. And it becomes more significant when these historical depictions are told by, and through, people of African descent.

Next spring, Josephine will debut at the Asolo Repertory Theatre in Sarasota, Florida.

“The role tells a story about her struggle and really looking for love and not wanting to go back to the poverty that she grew up in and grew up with,” said Cox, who has been tied to the project for the last five years. “It’s very, very complex and deep and I have to really conjure up a lot of personal stuff in order to get to the ugly stuff that we don’t necessarily want to face, a lot of the fears, a lot of the stuff from the past that we don’t necessarily want to get into but as an actor you have to visit those dark places in order to get the story told.”

For Cox, 2016 is shaping to be a paramount year in Broadway performances as she begins work for the music adaption of 1992 Blockbuster classic The Bodyguard, which starred Kevin Costner and Cox’s late friend and label mate Whitney Houston.

Recently, when Lifetime selected Cox to sing the vocals for its Houston project, Cox drew in a number of criticisms from Houston’s family and longtime fans who expressed their displeasure with inaccuracies in the film.

“For me I go from show to show that I’m passionate about and I’m not really thinking about what the response is going to be,” she said. “I don’t take all of that on. I just go forward with blinders on and I go with my heart and my passion and I know what I want to bring to each role that I take on.”

Weeks after Lifetime’s film premiered, Cox announced her lead role in the Broadway adaption of The Bodyguard.

“The difference with this Bodyguard musical, is not just music from the film but music from Whitney’s catalog as well,” she shared. “There are 18 songs that are going to be telling the story, which is a little darker than the film. The storyline is slightly different with the relationship between the sisters. ”

Official release dates have yet to be revealed, but the musical project is titled Whitney. Cox starts rehearsals next August.

“I think the thing with The Bodyguard is it’s an iconic movie,” she says. “Everyone knows the music and it represents a moment in all of our lives and it’s really going to be about making sure that I tell that story. I can’t wait to do it.” 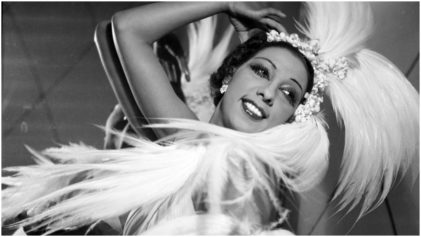