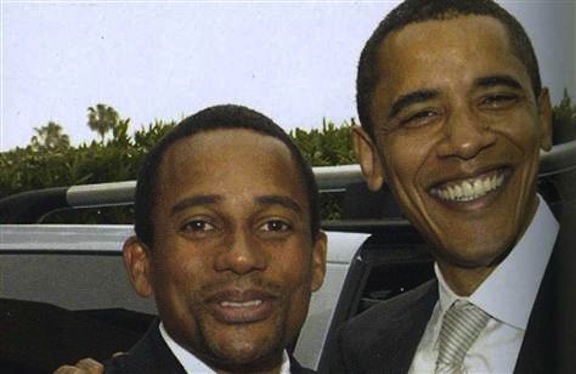 On the basketball courts at Harvard, when they were in law school, Hill Harper and Barack Obama met, became fast friends and flourished in their chosen fields of work, Obama, of course, to the pinnacle. Their friendship remains strong, with author and actor Hill campaigning for his friend across the country during both presidential campaigns. The rapper and the actress met as teens at Long Beach Polytechnic High School. They were not that close, but they certainly had at least one encounter. Diaz has said: “He was a year older than me … I remember him; he was very tall and skinny. He wore lots of ponytails. And I’m pretty sure I bought weed from him.” 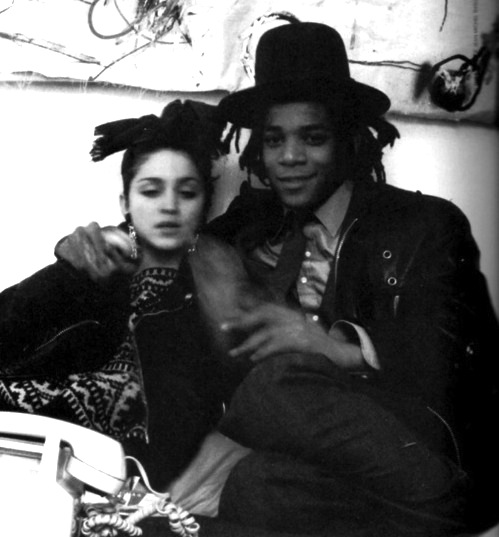 Basquiat, one of the most famous artists of the 1980s, met the Material Girl before his career blew up, as they were in the same circle of aspiring artists in New York and became friends (wink, wink). The eclectic R&B star and former “Scrubs” star were childhood cronies in New Jersey, where they both grew up. Hill even attended Braff’s bar mitzvah. He told Jane magazine: “Lauryn Hill did go to my bar mitzvah. There was a game called Coke and Pepsi. You’d have a partner, and one person was Coke and the other Pepsi. Depending on what the DJ would yell, you had to run and get on that person’s lap. And Lauryn was my Coke and Pepsi partner.” 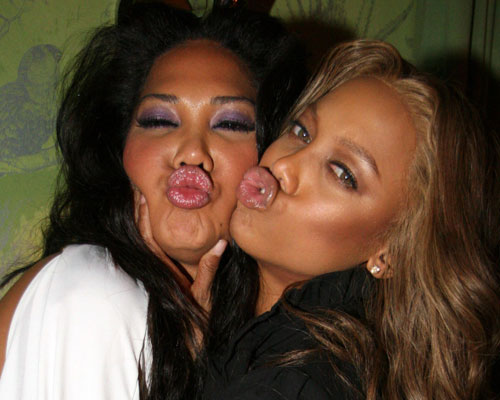 The former supermodels became close as new faces walking the runways together. They eventually lived together and shared stories about the men in their lives. The beauties remain close, and Banks is the godmother to Simmons’ oldest daughter, Ming Lee. 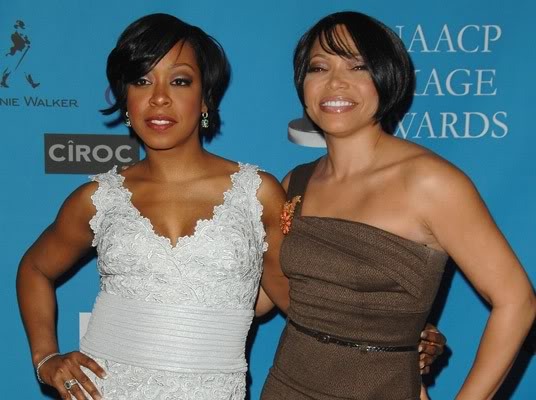 No wonder Gina and Pam had such great chemistry on the hit TV sitcom Martin. They were friends as children, a bond that grew closer as they worked together — and delicate, too. Campbell filed a lawsuit against star Martin Lawrence for sexual harassment, but Arnold said on Watch What Happens Live that she has managed to remain friends with both Lawrence and Campbell without conflict on either side. “The lawsuit was a very interesting thing to be a part of,” she said. “Tisha and I have been friends since childhood, and Martin and I are still friends. There’s a point where you have to be professional and a point where you have to be personal, and I was very well aware of separating the two, and Tisha always respected that. It was very weird, but I handled it as best I could.” Actress and choreographer Perez said she and the rapper did not have a romantic relationship, but that they were close. They met when she was putting together a dance routine for the late rapper Heavy D, and Shakur was dancing in the background with Digital Underground. Perez told XXL of the time when a date bailed on her at the Soul Train Awards in 1993 at the last minute and Pac stepped in. Tupac Shakur and Jada Pinkett Smith met when both attended the Baltimore School for the Arts. The two became close lifelong friends. “Pac was probably one of the first male figures that I had in my life that saw the beauty and the talent and my intelligence separated from sex,” Pinkett Smith said during a 2014 interview with talk show host Arsenio Hall.

‘We Have to Push and Be Resilient’: Barack Obama Sheds Light on the Values He and Michelle Instill In Their Daughters