Thanks to social media, there was no way law enforcement was going to keep the brutal attack of Martese Johnson undercover. Images of the honor student’s face covered in blood quickly circulated the Web over the St. Patrick’s Day weekend. It was later revealed that it took 10 stitches to close the gash across Johnson’s head that he received after an Alcoholic Beverage Control agent slammed him into the pavement despite several eyewitness reports that the student wasn’t causing any trouble. The entire attack happened just a few steps away from the University of Virginia campus and caused school, state and local officials to call for an investigation into the incident. 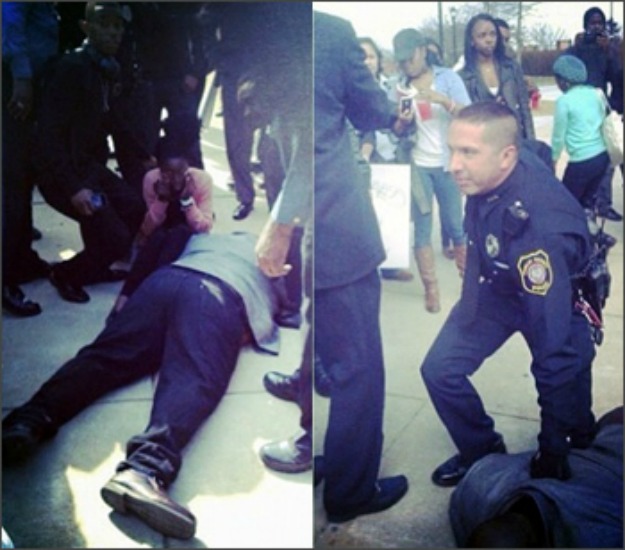 Dr. Jahi Issa was forced to spend roughly three years in jail for simply leading a student protest at Delaware State. He was finally exonerated back in January after a judge agreed he was exercising his First Amendment rights. In addition to being arrested for simply leading a protest, Issa was roughed up by police and had to be taken to the hospital.