As FBI agents continue to wait for the autopsy report for a Black man found hanging from a tree in Mississippi, they have called in the help of their Behavioral Analysis Unit in hopes that the team can at least begin to uncover some answers in the mysterious death.

When 54-year-old Otis Byrd’s lifeless body was discovered hanging from a tree, the nation began pondering whether the death was a suicide or a racially charged lynching.

Some people are hoping his death was a tragic suicide, but others, who know all too well how ugly and deadly racism can be, believe Otis was lynched. Many are speculating that perhaps the case could be related to the crime for which Byrd spent 25 years in prison—the 1980 murder conviction for the killing of Lucille Trimm, who Byrd was found guilty of killing during a robbery in Claiborne County. He was paroled in November 2006 after serving 25 years behind bars.

The Claiborne County man was missing for two weeks before he was discovered hanging not far from his home.

The discovery so far has led to many questions while days of investigating have provided very few answers.

The case captured the attention of local authorities and state officials as well as the FBI as investigators from all sectors are involved with the case.

FBI agents are hoping that the Behavioral Analysis Unit will be able to uncover any signs from the scene that suggest foul play was involved.

According to the FBI’s official website, the special unit “focuses specifically on criminal human behavior in an attempt to better understand criminals.”

It’s a description that suggests the group may not be able to provide many answers until some possible suspects are identified or more local residents begin stepping forward.

“We’re really going to ask for folks again to dig deep and think if there’s anyone who has communicated with Mr. Byrd, especially from March 2 on, no matter how small that communication could have been,” said FBI Special Agent in Charge Don Alway, according to USA Today.

For now, all hopes are resting on the autopsy report, which could also turn out to be another disappointment.

It’s possible that the autopsy won’t be able to confirm whether or not Byrd was lynched or committed suicide.

Alway also told reporters that he is not interested in discussing the victim’s personal life for now.

“I really don’t want to speak to anything about his personal life,” he said. “Although we are in regular communication with his family to make sure we get the picture painted as completely as possible.”

As this shocking case remains shrouded in mystery, the nation will have to wait to discover if this was indeed the grim result of personally inflicted pain or if Byrd’s death will stand as yet another reminder of the ever-present cruelties of racism in America today. 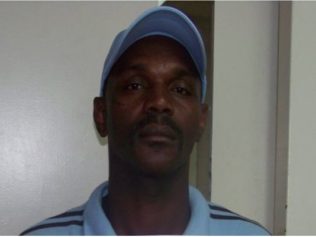 Black Man, 54, Found Hanging From a Tree in Mississippi 17 Days After He Went Missing