In 2013, while performing in Birmingham, England, R&B singer Rihanna went into the crowd to get closer to her fans. When one of the audience members refused to let go of her hand, the pop star hit her in the head with the microphone. The fan subsequently let go of the Bajan singer.

Rihanna isn’t the only Black celebrity to clash with fans. Several other stars also have attacked their fans. Here is a list of some other reported altercations. 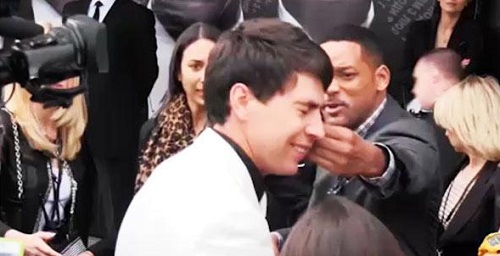 In the middle of a press tour for the film Men in Black 3 in 2012, superstar actor-rapper Will Smith slapped a news reporter in Moscow.

While Smith was walking a press line, the reporter stopped him, gave him a hug and attempted to kiss him.

“Hey man, what the hell is your problem?” Smith said. After that, the Hollywood star slapped the man in the face. “He tried to kiss me on my mouth!”