Travelers to Morocco often describe the stunning landscape with mountains, deserts, valleys, and uninterrupted miles of beaches on the Mediterranean and Atlantic coasts. What’s often overlooked is the way Black people are treated in the country.

In a 2010 Afrik-news.com article, author Smahane Bouyahia reports that Blacks in Morocco — natives, immigrants from elsewhere in Africa, and African-Americans — are often targets of racial discrimination.

“In Morocco, and north Africa, there is a serious problem of racism towards Black people. Called ‘Black Africans,’ they are considered descendants of slaves and labeled ‘hartani’—literally, ‘second-rate free men’—or even worse, ‘aâzi’—which translates to ‘bloody Negro.’ Blacks in Morocco, be they students, migrants from the south of the Sahara or others, are constant victims of discrimination,” Bouyahia wrote.

In 2012, French cable news channel, France 24, reported that a Moroccan newsweekly magazine published an article about sub-Saharan Africans coming into the country. The title of the article was “Le péril noir,”  the black peril, or the black menace.

France 24 also displayed the cover page of another Moroccan magazine, written in Arabic, with an image of what appears to be African immigrants standing in front of a building under the title caption: “The black crickets invading Morocco’s north.”

One student highlighted in Bouyahia’s article described his experience studying in Morocco:

“Often, when I’m just walking down the street, people will call me a “dirty Black man” or call me a slave. Young Moroccans have physically assaulted me on several occasions, for no reason, and passers-by who saw this didn’t lift a finger to help me. All my friends are Black and they have all had similar experiences. Even the girls get insulted in the street. To avoid getting hurt, I now try to ignore the insults. But if someone starts to hit me, what can I do? I have to defend myself.” 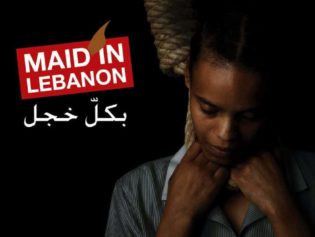