A controversial proposal to build a ballpark in the heart of what was perhaps one of the largest slave-trading centers in the U.S. is continuing to spark outrage among those who wish to preserve such a powerful historical site.

Many of those in opposition to Mayor Dwight C. Jones’ plan to build a ballpark-centered new development in Virginia’s Shockoe Bottom district argue that the neighborhood is “sacred ground,” and the city is trying to literally bury a shameful chapter of its history.

The plan asks the citizens of Virginia to turn a blind eye to the neighborhood that once housed hundreds of thousands of enslaved Africans, and to accept a new stadium with open arms.

It’s deja vu for Virginians, as several of the city’s historical sites from that period already have been replaced or paved over.

What was once the infamous Lumpkin’s Jail, one of the largest slave-holding businesses, is now lurking in the shadows of highway overpasses and traffic leading up to the Main Street Station.

What used to be the town’s whipping post is now covered by the 17th Street Farmer’s Market.

The Burial Ground for Negroes that served as the final resting place for the many Africans who didn’t survive the Middle Passage is now nothing more than a parking lot for students and faculty of the Virginia Commonwealth University. One can only hope students are learning of the history that has been paved over for the sake of expanding parking.

“There is an energy and attention to a history that has been bulldozed away and that needs to be acknowledged and made accessible to a public audience that clearly has a real appetite for this history,” said Maurie D. McInnis, one scholar who spent years studying the slave trade in Richmond.

Historians have pointed out that the deep-rooted history of the Shockoe Bottom district goes well beyond the state lines of Virginia. Due to the massive number of slaves that were being sold in the neighborhood, people from all over the country have traced their roots back to this former slave-trade hub.

As the Virginia Defender pointed out, the neighborhood has all the potential to serve as a place where people can gather to study and remember the dark history that came before the nation that now promises freedom and equality from “sea to shining sea” and boasts the title of  “land of the free and the home of the brave.”

“Like the U.S. Holocaust Memorial Museum in Washington, D.C., it could become a place where people of all backgrounds gather and resolve to never again allow such inhuman cruelty,” wrote Ana Edwards and Phil Wilayto of the Virginia Defender editorial board. “It could become a place of understanding, of healing, of reconciliation born of a country finally facing the reality of its origins, finally resolving to make right what has been so wrong for so long.”

In hopes of reaching a compromise, the plans also include a slave memorial and a $30 million museum as a part of the new development. 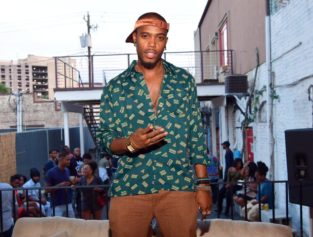