A 17-year-old Black boy from Long Island, New York, has pulled off a rare run of the Ivy League table – he has been accepted by all eight of the prestigious schools.

Kwasi Enin, a violist and aspiring doctor from Shirley, NY, is going to have to make a tough decision by May 1, when he’s going to notify one of the top eight schools in the nation that he will be part of its class of 2018.

Enin told USA Today that he had gotten the most generous aid package thus far from Princeton—but he hasn’t yet heard from Columbia, Cornell or Harvard about financial aid. Enin is interested in pursuing careers in both music and medicine.

His parents are both nurses, hailing from Ghana. They emigrated to New York in the 1980s and studied at public colleges nearby.

“My heart skipped a beat when he told me he was applying to all eight,” Nancy Winkler, a guidance counselor at William Floyd High School, where Enin attends class, told USA Today.

Winkler said she hasn’t seen anyone come close to Enin’s feat in 29 years as a counselor.

“It’s a big deal when we have students apply to one or two Ivies,” she said. “To get into one or two is huge. It was extraordinary.”

All of the Ivies take an exceedingly small percentage of applicants, ranging from Cornell at 14 percent to Harvard at just 5.9 percent.

College admissions expert Katherine Cohen, CEO and founder of IvyWise, a New York-based consulting firm, listed all the advantages Enin has in his favor: he’s a boy at a time when females comprised 57 percent of college students in degree-granting institutions last year, making boys a coveted commodity.

Enin ranks No. 11 in a class of 647 at William Floyd, a large public school on Long Island’s South Shore, putting him in the top 2 percent of his class.

Being a first-generation American from Ghana also helps him stand out, Cohen says, because “he’s not a typical African-American kid.”

Enin was moved to apply to each Ivy—in addition to three State University of New York campuses and Duke (all of which, of course, accepted him too)—because each has “their own sense of school spirit” and other qualities he liked.

Cohen told USA Today he’s “sitting in a very good place right now — I think he can negotiate the very best financial aid package he can get” at his top-choice school.

“Almost any of them would do anything for this type of candidate,” Cohen said.

7 thoughts on “Kwasi-Enin: Ghanaian-American Accepted at All 8 Ivy League Schools” Nigerian Teen Accepted into 13 Schools, Including All 8 Ivies, After Graduating with Perfect GPA 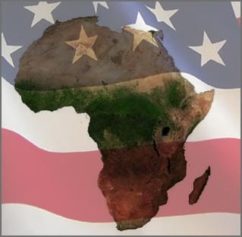