Images of the civil rights movement have, for many reasons, been narrowed down to a handful of familiar images that tell a  story of peaceful, passive African-Americans who were harassed, beaten and jailed by vicious white bigots.

But as Martin A. Berger reminds us in his book Freedom Now! Forgotten Photographs of the Civil Rights Struggle, history is never that tidy and simple. The photographs presented here show African-Americans reacting forcefully, fighting back, organizing, protesting, and doing what they can to snatch their freedom from the white powers that withheld it.

The people photographed here are not considered saints; they are not even thought of as heroes. But we will never know the fullness of their stories unless we include these images into the accepted narrative. 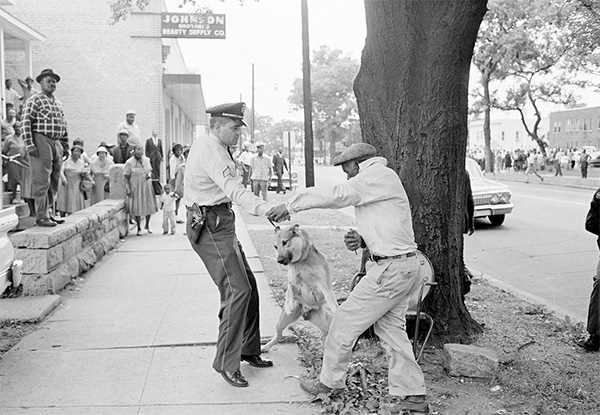 Man with knife attempting to stab police dog after the police put the animal on him.  Birmingham, Alabama, May 3, 1963. Photograph by Bill Hudson. 70 thoughts on “10 Forgotten Photos of The Civil Rights Struggle”