Oliver Stone has quit his role as a screenwriter and director for a new Martin Luther King Jr. biopic after King’s estate refused to allow Stone to include details about the civil rights leader’s alleged adultery and “conflicts within the movement.”

Stone is one of the most legendary movie makers with titles like “Scarface” and “Wall Street” under his belt; however, he has also become well known in Hollywood for his controversy as well.

Stone has created several controversial American political films like “JFK” and “Nixon,” as well as addressing cultural issues with films such as “Natural Born Killers.”

His involvement with the anticipated King biopic turned out to be no exception.

Stone took to his social media on Friday to announce he would no longer be involved with the MLK Jr. biopic because he refused to produce just “another commemoration of the March on Washington.”

“Sad news,” Stone tweeted. “My MLK project involvement has ended. I did an extensive rewrite of the script, but the producers won’t go with it.”

While Stone’s intentions were not to slander King’s name, the Estate and the film’s producers still felt as if certain details of King’s past should be left out of the spotlight.

According to Stone, however, it’s important for people to realize that King was still a “great inspiration,” but even he was not “a saint.”

“Martin, I grieve for you,” he tweeted. “You are still a great inspiration for your fellow Americans – but, thank God, not a saint.”

The rewrite included details of King’s alleged affairs and shed light on conflicts that existed within the civil rights movement.

“The script dealt w/ issues of adultery, conflicts within the movement, and King’s spiritual transformation into a higher, more radical being,” Stone added along with a string of other tweets. “I’m told the estate & the ‘respectable’ black community that guard king’s reputation wont’ approve it. They suffocate the man & the truth.”

Stone hinted that production with the film may continue without him, but he isn’t hopeful about what the finished product would be.

“I wish you could’ve see the film I would’ve made,” Stone added.

The biopic will be a DreamWorks and Warner Bros. production, but Warner Bros. has yet to comment on Stone’s departure. 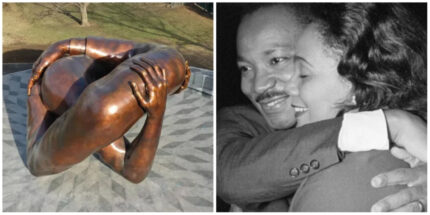