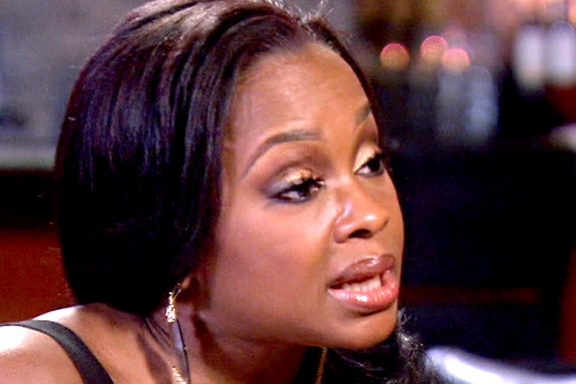 Coming up next on “The Real Housewives of Atlanta” season 6, episode 4: “Too Late to Apollo-Gize,” as Cynthia continues to recover from her fibroid surgery, she receives startling news that her daughter Noelle has started dating. Porsha finally begins to open up to the rest of the women. Kenya’s in need of a place to call home, so NeNe offers to assist in her house hunt. While out to dinner with Apollo, Phaedra decides to put the texting issue to bed once and for all.

Get up to date with all the ensuing drama by watching the three previews below.

“Find out what’s got Phaedra so angry with her husband.”

“In an attempt to put the Kenya scandal to rest, Phaedra Parks puts Apollo in check.” “Through therapy Porsha Stewart learns that Kordell may have been more of a father to her than a husband.” A summary for ‘The Real Housewives of Atlanta” reads:

4 thoughts on “‘The Real Housewives of Atlanta’ Season 6, Episode 4: ‘Too Late to Apollo-Gize’”