Kordell Stewart is finally giving up the juicy details about why he and Real Housewives of Atlanta star Porsha Stewart divorced, all while he tries to explain away those pesky gay rumors once and for all.

When Kordell Stewart sat down with the “Ryan Cameron Morning Show” in Atlanta, he was prepared to put it all on the airwaves.

Porsha Stewart may have portrayed Kordell as the villain in the divorce, but the former NFL star claims that it was Porsha’s bad parenting, lack of respect, desire to be as successful as Housewives costar NeNe Leakes, and her own financial woes that led to the breakup.

While their divorce still isn’t final, anyone who was hoping to see the pair get back together can throw that dream out the window.

“I love her so much, but where she is, she’s going to stay,” Kordell said. “Not coming back over here. There’s nothing over here she can get or that I want, at all.”

Kordell said that the marriage began falling apart when Porsha became more focused on trying to gain the heady success achieved by NeNe, and stopped focusing on being a good parent to Kordell’s son.

Although she isn’t little Syre’s biological mother, Kordell’s son calls Porsha “mommy” and her absence around the house began to affect him.

“Everybody’s trying to hustle and get their ‘NeNe’ on,” Kordell said. “Everybody wants to be NeNe. I would get home and Porsha’s not there. My son would ask me, ‘Is mommy coming home?  Did she make it home yet?’ I would say, ‘she’s doing her thing.’”

After a while Kordell grew tired of trying to explain to his son why only one parent was around. 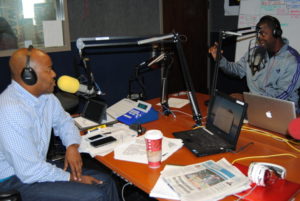 “He doesn’t deserve to have to deal with that when there’s two parents in the home,” he said. “If anything, we should be eating dinner together, finding a way to get it done, or making sure that when the kid goes to bed you go in there to check on the kid. Even if it’s 3 in the morning, you kiss him goodnight.”

He also said that he couldn’t deal with Porsha’s disrespect when he had spent so much money on their relationship and made major compromises just to make things work out.

“I went out of my way to make sure we were situated,” he said. “As if I was still playing the game because I was capable of purchasing in cash my house for my family. So when you come out your mouth and show that type of disrespect, you have no idea how much that burned me up inside…. When I allowed Bravo (network) in the house, I went against the grain of what I represent. I’m private. I had to compromise everything about my manhood from the standpoint of – I’m going to let my wife do what she do and that’s it.”

Another big twist in the interview was that Kordell’s  insistence that the divorce was not the big surprise that Porsha said it was. In fact, he said she told him to divorce her because she simply couldn’t afford to file for divorce on her own.

“When your wife looks you in your face and tells you to file for divorce, and the only reason she’s not filing is because she doesn’t have the money and she doesn’t have nothing to lose… Are you kidding me?” Kordell said.

But that wasn’t the moment that pushed him to file for divorce. He said he finally had enough when Porsha told Kordell’s son that he couldn’t have his birthday party at the house because she felt uncomfortable. “You tell me you’re uncomfortable, but you got all these Bravo people walking through my house, people I don’t know, makeup artists, all these different type of people,” he said.

That’s when Kordell decided to finally file for divorce and also when Porsha decided to bring his gay rumors to the Real Housewives of Atlanta.

While Porsha claimed she asked Kordell about the rumors, the former NFL player says that isn’t entirely true.

“No, she never asked me about it,” he said. “When we were dating maybe 2-3 weeks into our relationship. We were at her condo and I asked to talk to her about something since we’re about to move forward in this relationship. I said, ‘I just want you to know there were rumors way back then.’ I brought it up. She said she had heard something about it.”

Gay rumors followed him during his final years in the NFL, but he wants people to know the rumors are false.

“I promise you… on my life… everything I’m a part of, including my son, and on my father who’s no longer here, that nothing will ever come up with no dude and me and nothing,” he said. “People can say what they want to say.”

29 thoughts on “Kordell Stewart Says Porsha was Bad Mom, Too Broke For Divorce”