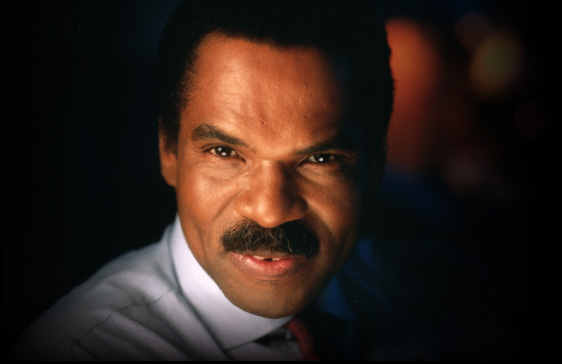 Bob Johnson is the first African-American businessman to accumulate a net worth upwards of $1 billion. Johnson is widely celebrated for the feat, and rightly so. However, people far too infrequently hear of the great Black businessmen who came before him. One of these greats is Reginald F. Lewis, who built the first Black billion dollar company. According to theroot.com:

“A deal Reginald F. Lewis made after he purchased international giant Beatrice Foods promoted his American company, TLC Group, L.P. to the biggest offshore leveraged buyout in history, making TLC Beatrice worth $1.5 billion and on to Fortune’s 500 list.”

Reginald F. Lewis was a Wall Street lawyer and financier who was one of the nation’s richest businessmen, as well as a prominent corporate takeover dealer. More than just a businessman, Lewis was also great at giving back to the community. As reported by nytimes.com:

“In the last few years [before his death], Mr. Lewis became deeply involved in philanthropy, donating millions of dollars each year to a number of institutions, from homeless shelters and neighborhood churches. [In 1992], his $3 million donation to the Harvard Law School, from which he graduated in 1968, made him the school’s largest individual donor ever.”

The Reginald F. Lewis Museum Of African American History & Culture in his hometown of Baltimore is also a unique celebration of Black culture, and a must see if ever in the area.

This week Reginald F. Lewis is being honored by Virginia State University, where he did his undergraduate studies. As reported by progress-index.com:

“”Mr. Lewis has come home ladies and gentlemen,’ Mirta Martin, dean of Virginia State University’s School of Business, said during the dedication of the school to Reginald F. Lewis on Friday. Faculty, Lewis’s family, alumni from the class of 1965 and members of the Kappa Alpha Psi Fraternity, Inc., gathered for the ceremony. His portrait was placed in the foyer of Singleton Hall, where the business school is located, in dedication.”

Reginald F. Lewis, who died in 1993, was an exceptional businessman and an equally benevolent philanthropist. His name should be remembered by generations to come. His book Why Should White Guys Have All The Fun? chronicles his rise to success and should be read by any aspiring businessperson.

‘It’s Not Going To Close The Weather Gap’: Bob Johnson on the Removal of Confederate Landmarks