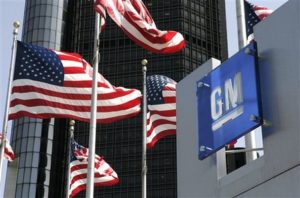 At the annual auto summit in Detroit, Rev. Jesse Jackson commended the Big 3 automakers for their commitment to hiring and promoting people of color, but the conference brought attention to an area where blacks have suffered an enormous blow due to the recession: car dealerships.

As a result of the recession, an astounding 40 percent of black-owned dealerships closed. Now the nation is left with just 1,000 minority dealers, out of 18,000 total.

General Motors is trying to reverse that trend with a program called ‘Motors Holding,’ which offers seed money to minorities interested in owning a GM dealership.

“So it’s not a handout but a hand up to get established financially and we use that as an advantage for General Motors’ dealers and the minority piece of that and that’s really aimed at the minority first time dealer,” explained GM North American president Mark Reuss.

Rev. Jackson pointed to GM as a good example of a company hiring minorities at the corporate and dealership levels.

“We have an opportunity now that we have a lot more jobs and investment back into the economy,” Reuss said.

But Jackson, whose Rainbow PUSH Coalition has been a driving force at the Global Auto Summit throughout its 14-year history, said he was disappointed with Chrysler for not involving more people of color with the underwriting of Chrysler’s recently announced IPO.

“We’re qualified to be their consumer base, let’s be a part of their business base,” Jackson said.

Since the summit was taking place in Detroit, Jackson had something to say about Detroit’s bankruptcy filing.

“Imagine if, around the country, if you didn’t like a given political group, you suspended their democracy it would be unacceptable,” he said.