Laurence Fishburne, Billy Crudup, Anton Yelchin, Selena Gomez are the latest to join the cast of the film, which already had on board Felicity Huffman and Macy himself. The details of their roles are unclear at this time, but I suspect more information will be forthcoming later this week.

Rudderless is based on an original story by Macy, and was adapted to film with the help of Casey Twenter and Jeff Robinson. The movie follows a grieving father who stumbles across a box of his deceased son’s original music. He forms a band, hoping to find peace in the wake of his loss according to THR.

Unified Pictures’ Keith Kjarval and Amberdale’s Brad Greiner are teaming up to produce the film. Rudderless is set to begin filming in Oklahoma in April.

Gomez, the former Disney star, can be seen in the very raunchy film Spring Breakers, which is currently in theaters. 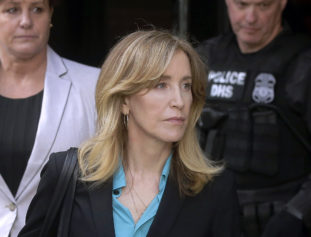