“What a journey,” Bryant, who had 19 points and 14 assist in the Lakers’ 103-98 victory over the Sacramento Kings, said. “It’s been a very, very long journey. I’m certainly extremely appreciative for all the support and the Laker faithful, the ‘Laker Nation,’ from being a 17-year-old kid to a 34-year-old man and all the support they’ve given me throughout my career.”

Bryant moved ahead of Chamberlain’s 31,419 points with a pull-up jumper from the foul line with 7:55 remaining in the second quarter.

The link between Chamberlain and Bryant can be traced back before he was even born. Chamberlain attended Overbook High School with Bryant’s grandmother and asked her to prom, but she declined because she was dating Bryant’s grandfather at the time.

Once Bryant was born the connection continued, He broke Chamberlain’s Philadelphia high school scoring record by finishing with 2,883 points to Chamberlain’s 2,252. Then Bryant torched the Toronto Raptors on Jan. 22, 2006 for 81 points, which is the second highest single-scoring game in league history, behind Chamberlain’s 100 points as a Philadelphia 76er against the New York Knicks  on March 2, 1962.

“He knew me as Jellybean’s son,” Bryant said of Chamberlain. “He picked me up and just showed me all the love in the world because us Philly players all stick together. He knew my father, he knew my uncle [Chubby Cox who played in the league] and the family and stuff. . . We have a close relationship indirectly through my family and so forth.”

However, Bryant said he is not concerned with moving up the list. Getting the Lakers into the playoffs this season, so he can go for a sixth NBA championship is the priority, he said.

It is more likely that Bryant will catch Jordan in points total before he gets him with a sixth ring, considering the Lakers uneven play all season and injuries to key players.

The Black Mamba reiterated that it is likely that he will retire after next season. He said he will reach a final decision this summer. 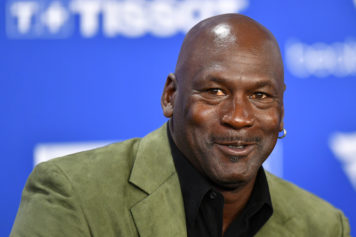