Is Miami Heat player Chris Bosh a deadbeat dad? It sure looks like it judging by the court battle his ex-girlfriend Allison Mathis is waging against him. However, Bosh won a major victory against her in the Texas courthouse. A judge ruled that the Florida based star can claim Texas residency. You might be wondering, “why is Texas residency a victory for Bosh in his child support battle?” If the Miami Heat star was found to be a resident of Florida (which for all intents and purposes, he is) he could see his monthly child support payments skyrocket from a mere $2,700 to almost $30,000. According to Texas law, he is paying what the courts deem necessary and no adjustments to the child support order are needed.

Mathis and Bosh were a couple while he played for the Toronto Raptors. According to reports, while they were together Bosh asked his ex to have his child, and she did so with the help of fertility treatments. Now the former couple is locked in a child support battle where the former lover claims the Miami Heat champion is failing to adequately financially support their daughter.

Listening to her side of the story may make anyone believe that Bosh is reacting unfairly to Allison, but not so fast. While she does receive only $2,700 per month in child support, the multimillionaire Bosh pays ALL daycare expense, medical and dental bills, and developmental and extracurricular activities for their three-year old daughter Trinity. In addition, the Miami Heat star has set up a college fund for his daughter. As perhaps the most stunning show of support for both his ex and their child, Bosh gave Mathis a lump sum of $250,000. At this time, there is no word on how Mathis used the quarter of a million dollar gift. Yet, she is claiming that since becoming recently laid off, she can no longer live on the $2,700 per month and she’s in danger of losing her home.

So, does child support go to support the child alone or the mother as well? That seems to be the question regarding this case between Bosh and Mathis. The Olympic champion has not only taken care of his financial duties, but he has made repeated requests to see his daughter as well. He attempted to get his ex to allow their daughter Trinity to accompany him to the most recent All-Star game. Mathis didn’t think that environment was suitable for her daughter and she didn’t think Trinity would be able to spend quality time with her father. Again, Bosh tried to get his former girlfriend to agree to let their daughter go with him to attend the Olympics this past summer. Again, she declined.

With the constant back and forth between this couple, aren’t they hurting their child more than helping themselves? Underhanded tricks by each party serves no purpose other than to prolong the fight and potentially harm their relationship individual relationship their child. Allison should be seeking employment and doing her best to live within her means. If Bosh sees that the mother of his child is really struggling, paying for a house outright might be the right thing to do. There are so many variables to this story that no one side is completely right or wrong. What’s your take on how this should play out between the pair? Should Bosh be ordered to pay more or should Mathis suck it up and make due with what she has? 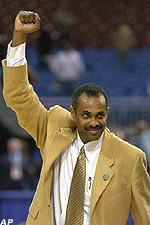