The Yankees took a 3-2 victory and 2-1 AL Division Series advantage over the Baltimore Orioles in a way that made for compelling drama. Giradi, the New York manager, pulled Rodriguez, the future Hall of Fame infielder who has 647 career home run, in the bottom of the ninth.

If Ibanez did not produce, Giradi would have been buried in criticism and questions. But Ibanez delivered a home run to even the game in the bottom of the ninth. Then, in the 12th, the left-handed batting Ibanez hit a second homer over the the right-field wall over this year’s best closer Jim Johnson to send the building into a frenzy.

Leading the cheering was Rodriguez — with Giradi not far behind.

“You’re going to be asked a lot of questions if it doesn’t work,” Girardi said. The slumping Rodriguez, among the greatest power hitters in history, offered no complaint, telling Girardi: “Joe, you gotta do exactly what you gotta do.”

“Maybe 10 years ago, I would have reacted in a much different way,” he added.

“You have to make some decisions sometimes that are tough decisions. I just had a gut feeling,” Girardi said.

Rodriguez was 1 for 12 with no RBIs and seven strikeouts in this series when Girardi pulled him.

“It kind of caught me off-guard, hitting for a guy who’s half-a-billionaire,” Orioles center fielder Adam Jones said. It was the first time Rodriguez had ever been pinch hit for in a postseason game, according to STATS LLC.And it worked.Rodriguez immediately turned to injured Yankees closer Mariano Rivera and raised one arm, then both arms and traded high-fives with his star teammate.

When Ibanez returned to the bench, Rodriguez was the first player to greet him.”He said great job. A-Rod is a great teammate and great team player,” Ibanez said. “He’s the first one on the top step congratulating you. It’s about winning. It’s about the Yankees and continuing.” 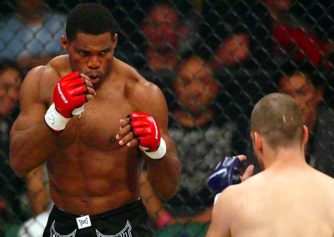