Despite all the box office success of The Avengers and rave reviews from critics, die-hard fans and regular viewers alike, Jeremy Renner stands among a very small group of people who had some negative words about the film.

While talking with Hero Complex earlier this summer, Renner expressed his discontent with how his character Hawkey was presented in the film. The actor said the way the superhero was portrayed in The Avengers was not what he signed up for.

For 90% of the movie, I’m not the character I signed on to play, Renner said, adding that he was against Hawkeye being brainwashed from the start. “It’s kind of a vacancy. [He’s] not even a bad guy, because there’s not really a consciousness to him. To take away who that character is and just have him be this robot, essentially, and have him be this minion for evil that Loki uses… I was limited, you know what I mean? I was a terminator in a way. Fun stunts. But is there any sort of emotional content or thought process? No.

Jeremy Renner also expressed his unhappiness with Hawkeye receiving the least amount of character development, screen time and back-story compared to the other superheroes in the ensemble.

A standalone film? To Jeremy Renner: is that’s what all this discontent is about? 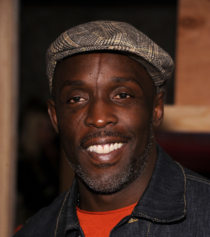