U.S. Sen. Raphael Warnock is among a group of Democrats suing Georgia for Saturday early voting.

Warnock, whose re-election is being challenged by Republican candidate Herschel Walker in a runoff election on Dec. 6, fears that the state’s election laws that shorten the runoff period and bars two days after a holiday could impact voter turnout.

Just one Saturday falls into the early-voting period for the December runoff and it is two days after Thanksgiving and one day after a holiday that once honored Confederate figure Robert E. Lee’s birthday.

Will This Impact Runoff Against Herschel Walker?

“We just saw an election day in November where the people of Georgia made it clear that they want to use Saturday voting, hundreds of thousands of voters, Georgia voters voted on Saturday,” Warnock said in a statement. “They have demonstrated what they want, and there’s nothing in the law as it is currently written to prevent it.”

More than 2.5 million Georgians voted on early voting days in the midterm election, which ended with neither Warnock nor Walker earning more than 50 percent of the vote needed to declare a winner.

Georgia’s Election Integrity Act 2021 increases the number of early voting days. It also changes the time between the general election and the runoff from nine weeks to four weeks.

Warnock, other Senate Democrats and Georgia Democrats filed the lawsuit Tuesday claiming that Raffensperger’s office misinterpreted the law and that it would deprive Georgians of their right to vote.

They claim that the 2016 rule does not apply to runoff elections and that the secretary of state “misreads and cherry-picks provisions that have no application to runoffs.”

“Saturday voting is vital,” Warnock said in a tweet Wednesday. “Many people work 9-5, five days a week. That’s why we’re fighting to ensure access to the ballot is fair and equal for all eligible voters.”

Nearly 4.5 million people voted in Georgia’s U.S. Senate runoffs in January 2021, in which Warnock unseated Republican Kelly Loeffler. The win also changed the party landscape of the U.S. Senate, where Democrats had been the minority.

Although the December election would not impact Democrats’ 50-seat control of the Senate, the runoff is still a high-stakes election. It could also strengthen the Democratic vote in committees.

Gabriel Sterling, chief operation officer for Raffensperger’s secretary, said the holiday voting restrictions were written into law so county workers could have their holiday.

Still, even though early voting numbers were strong on Nov. 8, election data shows voter turnout dropped by 4 percent compared to the 2018 midterm elections.

Raffensperger, a Republican, told MSNBC said his office must follow the law. He also accused Democrats of attempting to modify the law to suit their political motives.

“We got an interpretation from the attorney general’s office and we follow their directives,” Raffensperger said.

“Really, next session, the General Assembly can look at what tweaks we need to have,” he continued.

He also told The Hill: “Instead of muddying the water and pressuring counties to ignore Georgia law, Senator Warnock should be allowing county election officials to continue preparations for the upcoming runoff.” 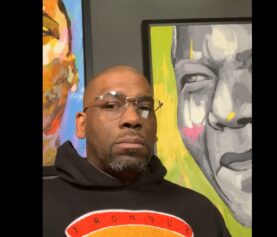