Despite reports of a possible reconciliation for actors Jason Momoa and Lisa Bonet, the couple is ‘not getting back together,’ according to Momoa.

However, fans online didn’t appear to buy the “Aquaman” star’s story, including one YouTube viewer who commented, “I don’t believe it.” Another person wrote, “Hollywood ruins people!!”

Meanwhile, the heated incident between Will Smith and Chris Rock at this year’s ceremony appeared to leave some folks in the comments section uneasy, including one critic who wrote, “I don’t think it’s very nice to ask about painful parts of their lives unless they bring it up. It’s so awkward and rude.” That person added, “That’s why Chris Rock got slapped. Some things are off limits.”

“Saddens me that they’re not together anymore. I was hoping it would work for them. I cannot picture one of them with anybody else,” wrote a fourth person.

The former couple, which has been together since 2005, announced the news in a joint statement via Momoa’s social media account that the two were splitting after four years of marriage.

“We have all felt the squeeze and changes of these transformational times… A revolution is unfolding and our family is of no exception… feeling and growing from the seismic shifts occurring,” they wrote at the time.

They continued, “We share this not because we think it’s newsworthy, but so that, as we go about our lives we may do so with dignity and honesty. The love between us carries on, evolving in ways it wishes to be known and live. We free each other to be who we are learning to become….”

The former child star and the action film star share two children: Lola, whom they welcomed in 2007, and their second child, Nakoa-Wolf, born in December 2008. The actress is also mom to “The Batman” star Zoë Kravitz, whom she shares with her ex-husband, singer Lenny Kravitz. 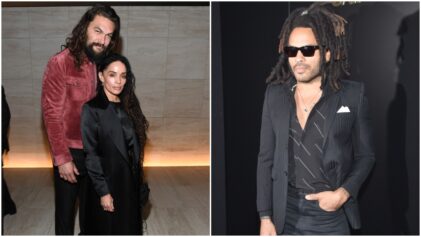