British Formula 1 race car champion Lewis Hamilton protested in the same way that Tommie Smith and John Carlos did at the 1968 Olympic Games: He threw his fist in the air upon winning. His victory came Sunday, July 12, at the Styrian Grand Prix at Red Bull Ring in Spielberg, Austria.

Hamilton lifted his clenched fist twice, once after climbing on his car and again at the podium, all to support the ongoing fight for racial equality.

The 35-year-old, who has a Black father and white mother, is both F1’s only Black driver and the most successful driver of his era. He’s been throwing his support behind Black Lives Matter since the death of George Floyd, a Black man who died on Memorial Day during an arrest attempt by a now-former Minneapolis police officer.

Hamilton, who won his sixth Formula 1 championship last season and has 85 career race victories, chose to wear a Black Lives Matter shirt before Sunday’s race and placed its logo on his helmet. He did the same in the season’s first race on Sunday, July 5, at the Austrian Grand Prix, also held at Red Bull Ring.

Additionally, many of F1’s drivers took a knee before both races, and all of them wore T-shirts that read “End Racism.”

“Racism is going to be here for longer than our time here,” said Hamilton after his Styrian Grand Prix victory, according to The Guardian. “People of color who are subject to racism don’t have time. We have to commit to push for equality and continue to raise awareness. A lot of work needs to go on in F1, the FIA need to be part of it, the drivers need to be a part of it. We are going to be fighting and pushing for it all year. For me this is going to be a lifelong thing.”

After Smith and Carlos won the 200 meters gold and bronze medals, respectively, they raised black-gloved fists in the air on the medal podium at the 1968 Olympic Games in Mexico City to make a statement about racial injustice.

The act was captured in an iconic photo that seemed to symbolize for many the courage of tossing aside repercussion and public ridicule to take on racism head-on.

The two men were removed from the Games for raising their fists and banned from Mexico City’s Olympics compound.

They were also shunned by the Olympic committee, vilified by much of the public once returning to the States and excluded from Olympic-associated events. The ban was lifted in 2016 when Smith and Carlos accompanied the U.S. team to the White House after the games in Rio de Janeiro, Brazil. They were inducted into the U.S. Olympic Hall of Fame in November 2019.

Undoubtedly, the international stage at the 1968 games was far bigger than the stage at Austria’s Styrian Grand Prix, but the goal to bring attention to the continued fight for racial equality seemed to be the same.

“We stand together and fight✊🏾 the team today took the knee which was just amazing to see that together we can learn, be open minded and conscious of what’s going on in the world,” wrote Hamilton in an Instagram message posted after his victory. “Today we won but we have a long way to go. Thank you so much to everyone in my team, here at the track and back at the factory. I hope you are proud of what we are standing for and achieving together.”

Sunday’s victory was Hamilton’s first of the season. 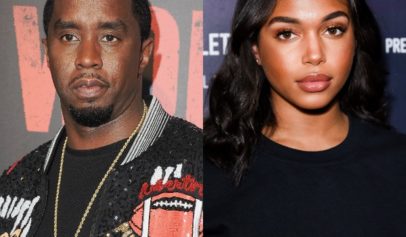