A North Carolina woman is facing three counts of first-degree murder after police say she shot and killed three people in a New Year’s Day slaying.

Brittany Christina McKinney, 28, made her first court appearance Thursday on charges in the triple homicide that left her relatives dead, including her young daughter, according to local station FOX 8. Authorities identified the victims at McKinney’s 10-year-old daughter Mkenzie McKinney, her 2-year-old niece Serenity Rose, and 61-year-old Jerry Griffin, who was living at the family’s Greensboro home. 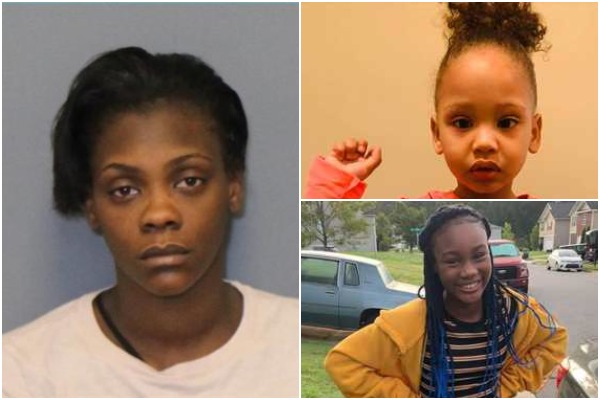 “I never thought she would do something like this,” the suspect’s sister, Delilah Merritt, told the station.

It was Merritt who contacted Greensboro police Wednesday morning and requested a welfare check at McKinney’s home after receiving a disturbing phone call from her sister.

Merrit said that’s when she knew something was terribly wrong.

Police arrived to the home on Sweet Birch Lane at about 11:15 a.m. and found two victims dead at the scene. A third victim was rushed to a local hospital, where they succumbed to their injuries, the Greensboro News & Record reported. Authorities haven’t said who was taken to the hospital.

The murders sent shock waves across the tight-knit community, where friends and neighbors have adorned a makeshift mailbox memorial with  flowers, cards and purple balloons.

“It’s a sad situation, just very sad,” said Gina Baldwin, a neighbor, told the station. “I hate that this happened.”

“They would play in the front of my house and stuff,” she said.

In addition to the killings, authorities said McKinney was also involved in a hit-and-run accident not long after she murdered her family members. She reportedly was driving a car belonging to Griffin, one of the three victims, before crashing into a utility pole.

She also careened into another vehicle that tried to go around her, FOX 8 reported. After identifying her as the suspect in the slayings, authorities arrested McKinney near the scene of the crash.

So far, police haven’t identified a motive in the killings.

McKinney remains in jail without bond on the charges — which carry a maximum penalty of capital punishment — and is due back in court in February.