When most were gathered with their loved ones on Thanksgiving Day, the family of Terry Glenn Jr. was mourning the death of the 22-year-old.

Glenn Jr., son of late Ohio State All-America receiver and Cowboys superstar Terry Glenn, was unresponsive Thursday when family that had gathered in Columbus, Ohio, for the holiday discovered him in a bathroom. The younger Glenn’s death comes some two years after that of his father.

“Thanksgiving was my dads favorite game to play in as a Cowboy 😔 and you best believe ya boy was always right there in the stands ✊😇,” Glenn Jr. had said on Twitter that same day. He would follow with a final tweet saying, “I miss him so much. ☝️ this time of the year is the hardest by far man…this was his holiday and the last one got cut short right before we were allllll gonna be together…really just wonder why.”

It was soon determined that the grieving son’s death was caused by an accidental drug overdose.

Condolences poured in beneath Glenn Jr.’s last tweet when the news of his passing hit the Internet.

Glenn Sr. died in a one-vehicle rollover accident Nov. 20, 2017, just outside of Dallas, where he lived. He was only 43 years old.

“The last time I talked to him, he just sounded like he was genuinely happy and in such a good place, and really, finally, totally overcoming those demons from the way he grew up,” said Bledsoe to ESPN’s Todd Archer.

“Terry was such a great player and great teammate…I loved playing with him. He was talented,” said Brady during a Westwood One Radio interview.

Glenn Sr. overcame a tough upbringing filled with strife — when he was 13 his mother was murdered by a former boyfriend and he would eventually become a ward of the state — to become a star player at Ohio State in his native Columbus. Glenn Jr.’s passing marks the latest blow to a family that has been haunted by tragedy and early deaths. 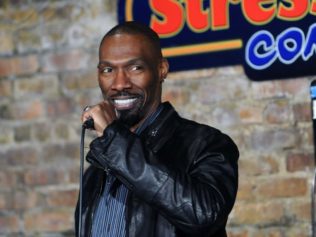 Phife Dawg’s Cause of Death Revealed in Family Statement